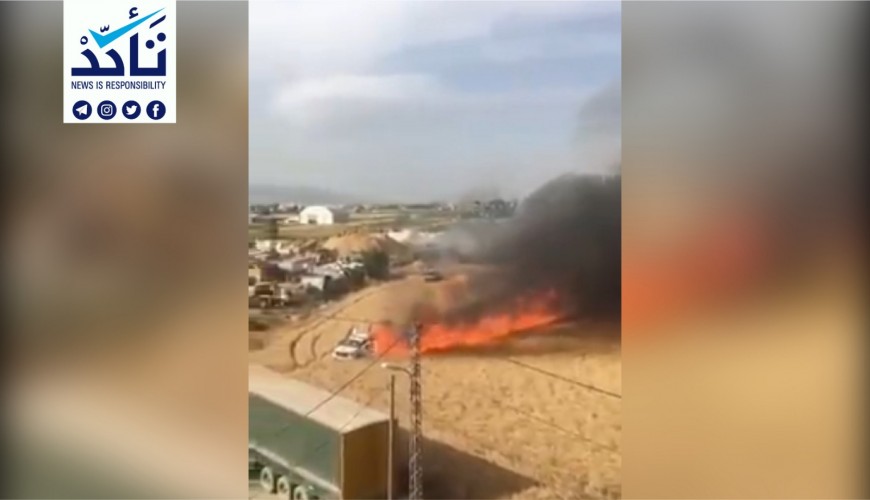 A social media page claimed that the video caught SDF red-handed setting fire to wheat crops in Qamishli, because their owners wanted to sell the crops to Assad regime, Another page accused what it called “Kurdish gangs” of setting fire to crops and bargaining farmers on them.

Verify-Sy checked the video; it turned out that it was circulated on social media one year ago. It was reported that it was of a fire in Beqaa Valley in Lebanon.

Fires burned down acres of wheat crops in the town of Bar Elias in Bekaa Valley last year, according to Lebanese media outlets. Verify-Sy was unable to find out where or when the video was taken. However, the fact that it was posted last year refutes its relation with the recent fires in Upper Mesopotamia in northeast Syria.

Rudaw Media Network, a Kurdish news agency, reported that the PYD-dominated Autonomous Administration of North and East Syria detained 10 people for burning crops. The agency also reported that the detainees are linked to the Assad regime and that investigating them is still ongoing.