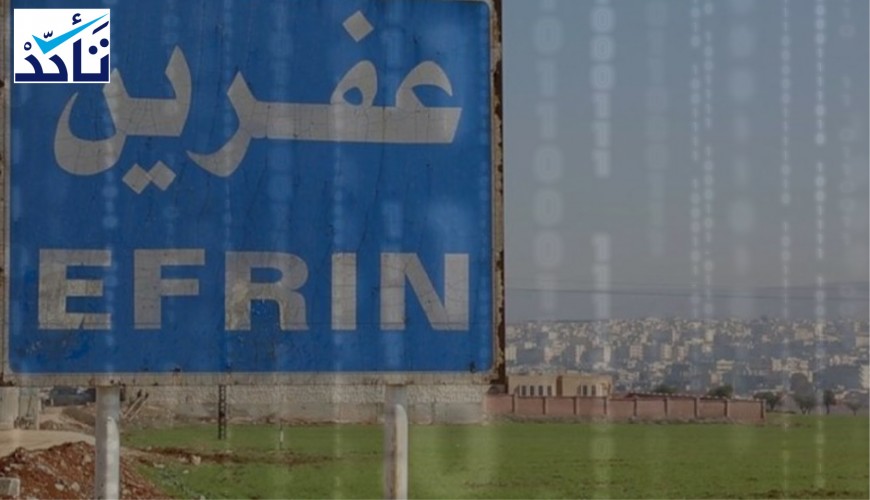 The Violation Documentation Center in Northeastern Syria (VDC-NSY) published a report titled, “Turkey Fails to Protect Syrian Civilians Again.. Casualties in Car Bomb Blast in Jandrias, Afrin.” The report on two incidents, one in the city of Afrin in northern Syrian and the other in Jandrias of rural Afrin, contains misinformation which will be addressed in this report.

The VDC-NSY reported that “at least two people were killed and five injured on June 2, 2020, after (Hyundai) Santa Fe without a license plate exploded in the local market of Jadrias, rural Afrin.”

It also claimed that an exchange of gunfire between factions of the Syrian National Army had resulted in the death of five civilians including a child, and that the last exchange of gunfire in Afrin before publishing the report took place on May 28, 2020.

Claim: The blast in Jandrias resulted in loss of lives.

A Hyundai Santa Fe car exploded in the local market of Afrin on Monday afternoon, June 1. Verify-Sy’s reporter reached the conclusion that six civilians were injured including two children, as well as one armed man, after reaching out to eyewitnesses and people of concern at the medical sector. Six of the injured were rushed to the Jandrias Hospital and one to the Afrin Hospital. Multiple medical sources and eyewitnesses denied in interviews with our reporter any deaths related the car bomb blast until June 4, 2020.

Besides, the Syrian Civil Defense, also known as the White Helmets, published information on the blast, which matches the conclusion we reached with regards to this claim.

Claim: Five People were killed in an exchange of gunfire in Afrin.

Verify-Sy verified the information related to this incident by interviewing eyewitnesses and reaching out to civil activists in the area.

The clashes resulted in two deaths, a man and a child, as well as injuring six other bystanders. The deceased child, ten-year-old Muaz Hussein al-Abdullah, was displaced with his family from rural Idlib, and the man, Jalal Zagloul, was displaced from Arbien of Eastern Ghouta, Rif Dimashq. Members of Jaish al-Islam set fire to a base of Al-Hamzeh Brigade base in Afrin.

Several notable people mediated to resolve the dispute between the two parties. An agreement (see below) was signed that states that the Al-hamzeh Brigade must turn in its members summoned by court, whether leaders or low-ranking members, and that they shall be at custody until the end of trial. Also, the base that was burned must not be used until the end of trail with the agreement of both parties. In addition, the members who were at the base must be sent out of Afrin. The Al-Hamzeh Brigade pledged to compensate those affected by the accident in accordance with the court order. In addition, a committee from both parties shall be formed to handle and decide on the case. 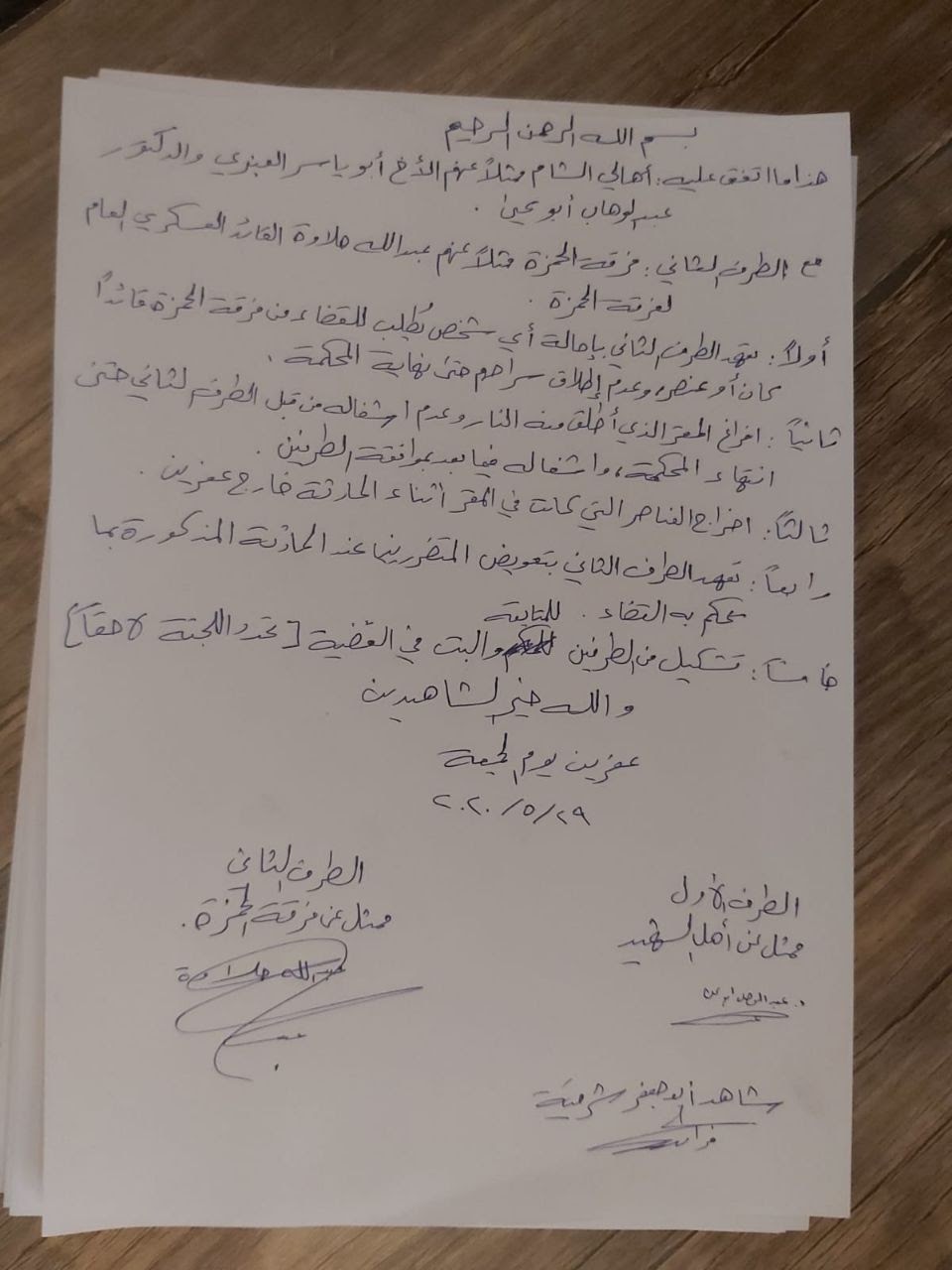 Conclusion: The clashes resulted in the killing of two civilians and injuring six others, contrary to VDC-NSY’s claim that five civilians were killed, without providing evidence or names of the alleged victims.