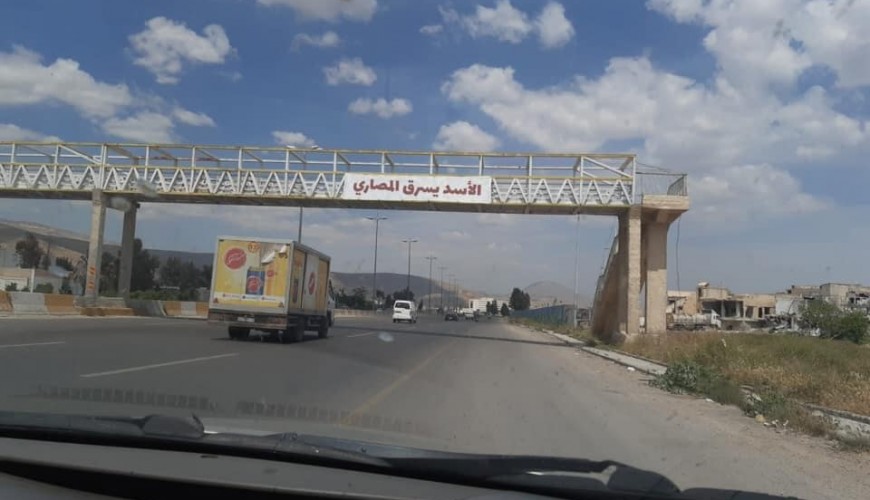 News websites and social media users have recently circulated a photo of a footbridge over a highway. In the photo, which seems to be taken from a passing car, appears a banner on which “Assad is stealing the money” was written.

It’s been claimed that the photo shows Bridge Al-Hanadi that is situated on the Latakia-Jableh road, and the banner has been used to claim it reflects the inhabitants position regarding the public dispute between Bashar al-Assad and his cousin Rami Makhlouf.

Which media outlets have published the photo?

The bridge is located in southern Syria

Verify-Sy Platform determined the location of the bridge using open source geolocation tools and found that it is not Bridge Al-Hanadi. 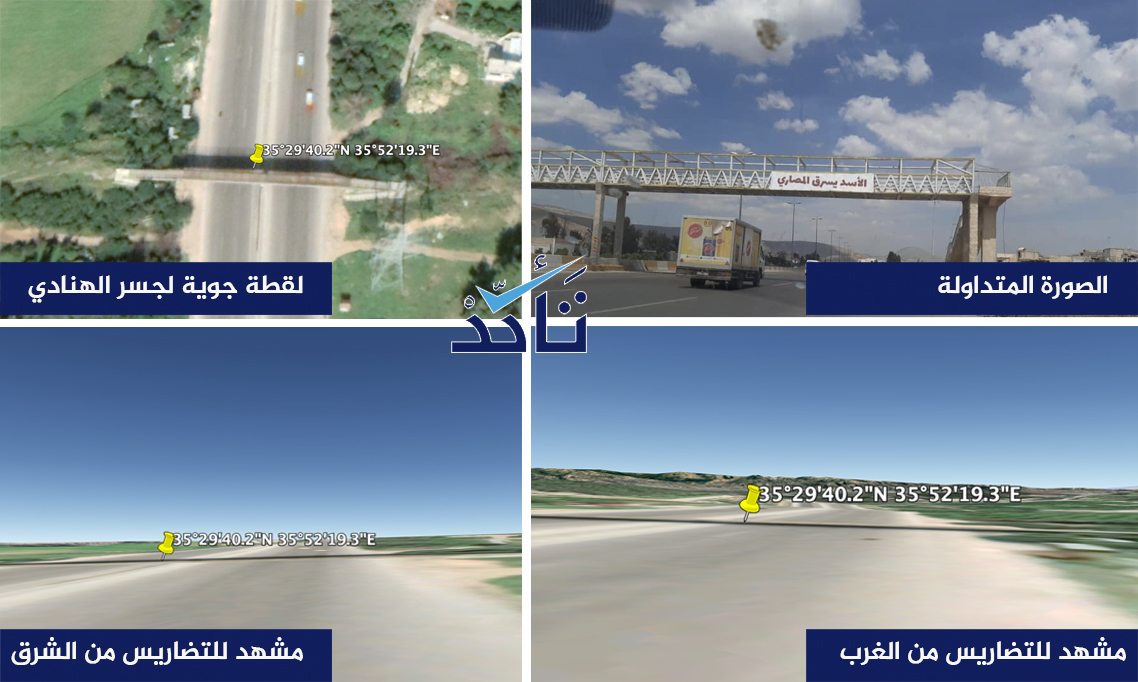 After conducting an advanced search and matching the terrain seen in the circulated photo, we reached a conclusion that suggests that the bridge appearing in the photo in actually located on the M5 highway near the city of Harasta, Rif Dimashq Governorate,

in the southwestern part of Syria. A similar identification process was performed on the pedestrian bridges along the road.

To further check our hypothesis, we reviewed dozens of videos and photos that show the M5 highway, especially the part near Harasta. We found a YouTube video, published in 2013, that shows the destruction caused by targeting the highway by the Assad regime, according to the video’s description.

At 0:37 of the video, a part of the bridge we are looking for appears, which has been claimed to be Bridge Al-Hanadi. After matching the photos we verified that the photo was taken on the M5 highway near Harasta, not the Latakia-Jableh road. 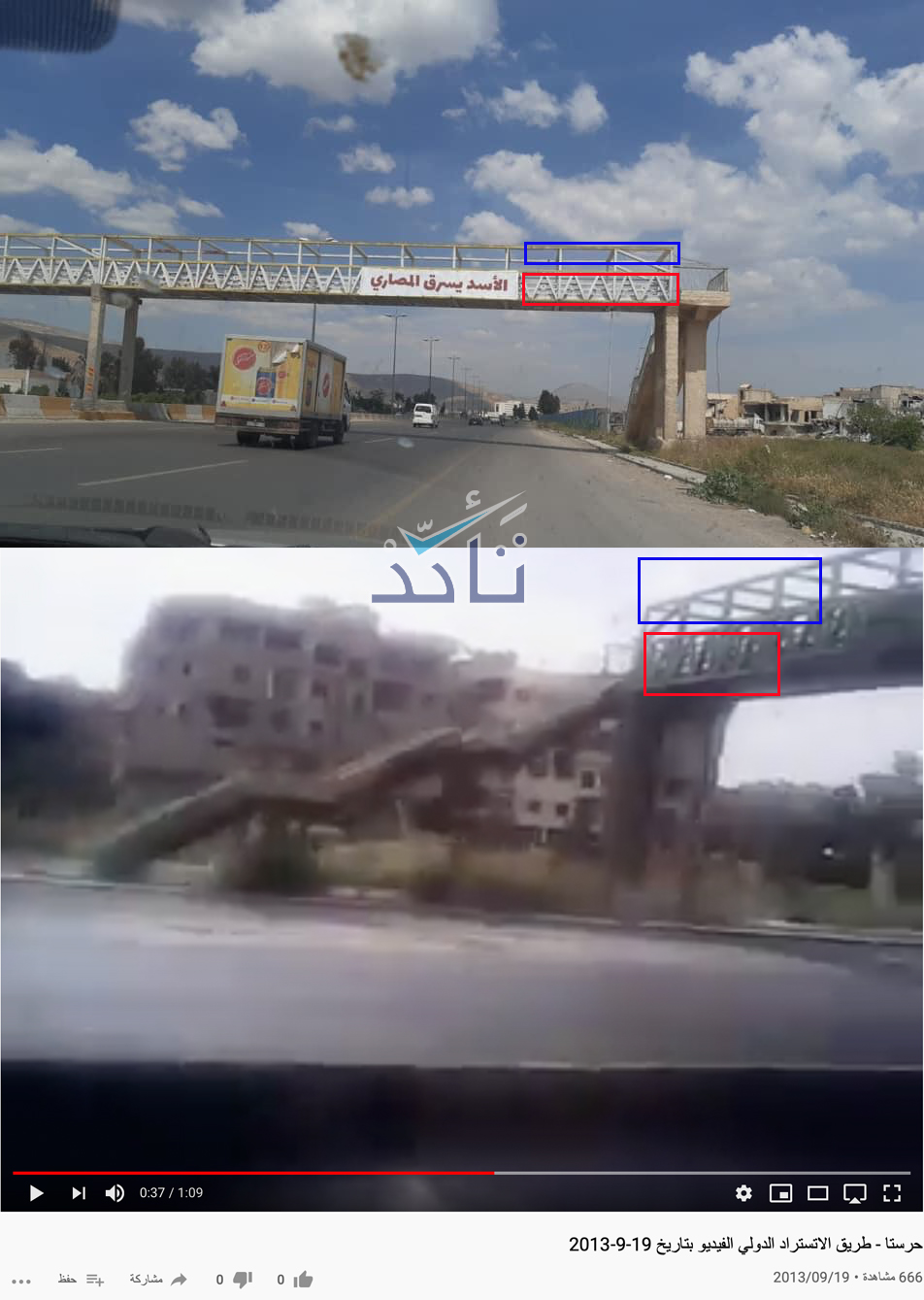 Was the banner hung on the bridge?