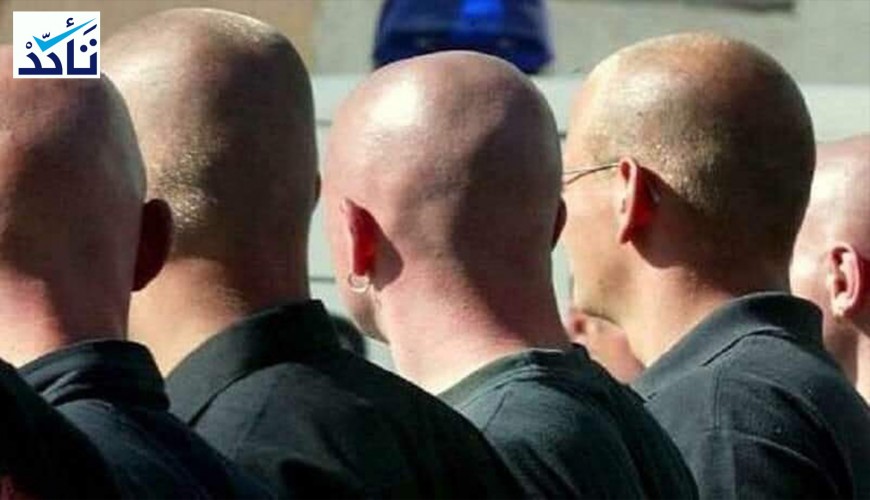 Arabic news outlets and social media pages reported that bald men will be able to turn the sun into energy, citing a start up from Spain; the news has gone viral on social media. 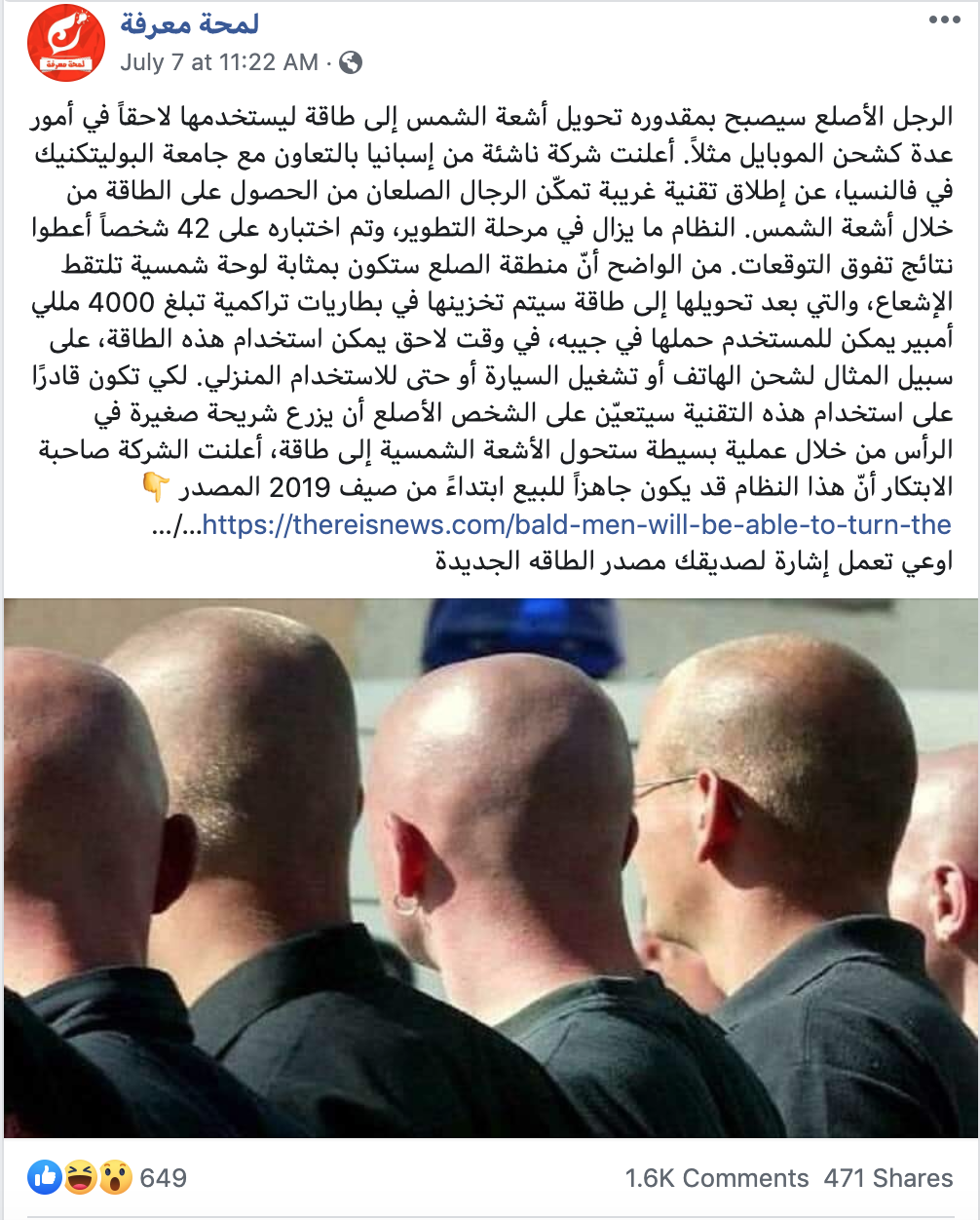 “A startup from Spain, with the collaboration of the Polytechnic University of Valencia, launched a curious technology whereby bald men can obtain energy through solar rays,” they reported, “the system is already in the development phase, and has been tested on 42 people having given results above expectations.”

They added, “Apparently, the bald of the users would act as a solar panel capturing the radiation, which after converting it into energy would be stored in cumulative batteries of 4,000 milliamps that the user could carry in his pocket. Later, this energy could be used to, for example, charge the phone, start the car, or even for domestic use at home.”

Verify-Sy fact-checked the news; it turned out that a humor website, There is news (TIN), first published it. The site's purpose is entertainment; it states that all references, names, brands or institutions that appear on the site are used as contextual elements, as in any novel or fiction account. Its content is fiction and does not correspond to reality

It is worth mentioning that there are several humorous and satirical websites; al-Hudood is the best-known one in Arabic.