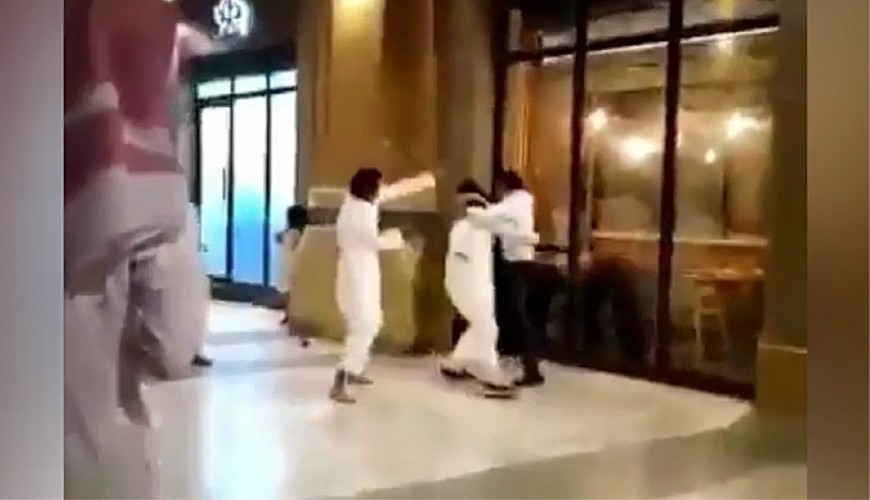 Did Saudis attack Palestinians in Response to Insulting Pro-“Israel” Saudi Blogger in Jerusalem?

Social media users and pages has circulated a video, claiming that it shows Palestinian refugees battering Saudi youths in response to insulting a Saudi man in Jerusalem.

The video shows men brawling near a shop, some of them wear the traditional Gulf thobe. It is not clear when or where the video was taken.

Verify platform inspected the video and reached the conclusion that some YouTube channels posted it three months ago and described it as showing a brawl in a shopping mall in Fahaheel district in Kuwait, which refutes the claims that the video was taken recently.

Last March, a group of youths assaulted an Arab security guard and his colleagues who work at a shopping mall because the guards did not allow them entry to the family-only mall, according to a Kuwait Police statement.

Palestinians recently attacked Mohammad Saud, a pro-“Israel” Saudi blogger, while he was wandering near Al-Aqsa mosque in Jerusalem. Saud praises “Israel” on his social media accounts; he congratulated Israelis on “Israeli Independence Day”, which marks the Palestinian Nakba (The Palestinian Catastrophe).

The Israeli Ministry of Foreign Affairs stated that a six-person media delegation from Arab countries arrived to Tel Aviv few days ago. Saud was the only member of the delegation who was willing to go public.