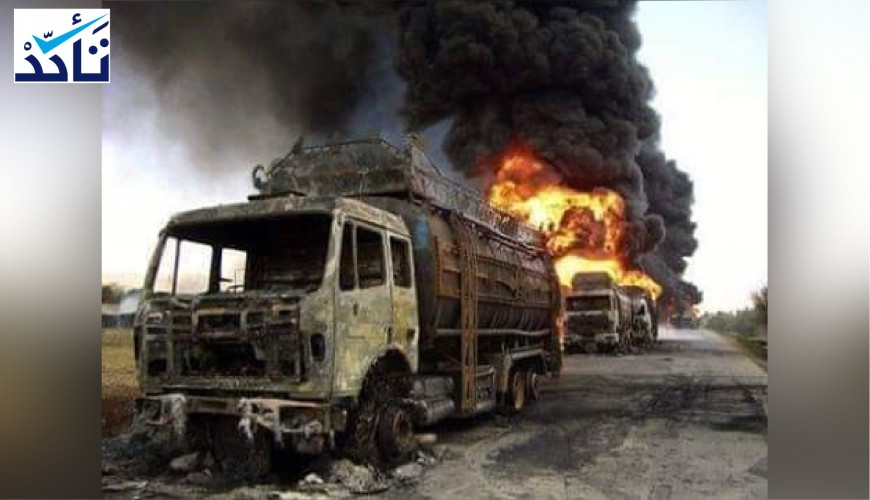 This Photo Isn’t of Targeting Turkish Convoy in Syria’s Idlib, It Dates Back to Afghanistan 2010 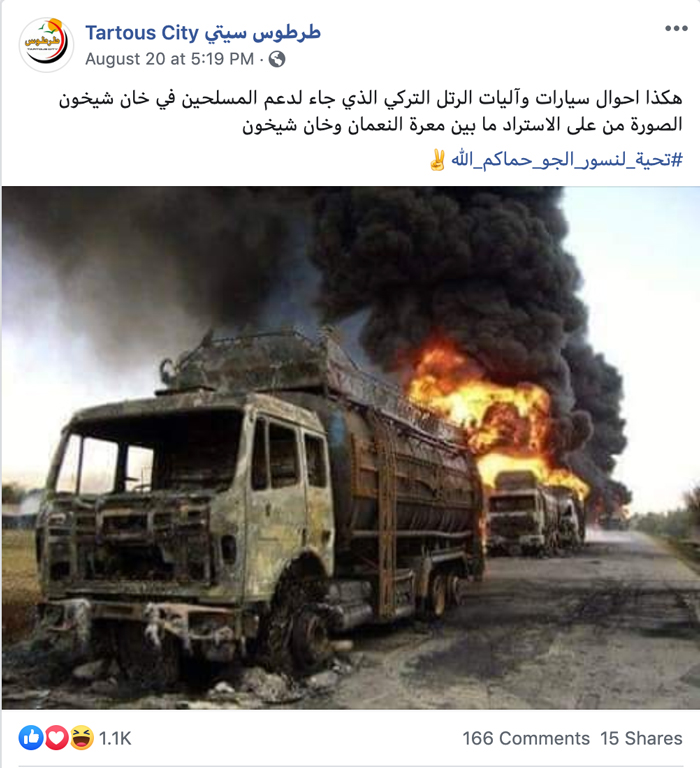 Using a reverse image search allowed us to trace the photo to reports about burning trucks in Afghanistan in 2010.

In Logar province, west of Kabul, Angry protesters burned trucks carrying supplies to coalition forces after blaming NATO for civilian deaths in airstrikes on the province.

The Turkish Defense Ministry announced on Monday that the airstrike that targeted its convoy, while heading to its Observation Post No. 9, killed three civilians and wounded 12 more.

Verify platform reporter in Syria reported that Assad warplanes targeted with machine guns the Turkish convoy near the southern sides of the city of Ma’arat al-Nu’man without inflicting damage to it.

Stephane Dujarric, Spokesman for the U.N. Secretary-General, expressed his concern about targeting a Turkish military convoy in Syria.

The Russian-backed Assad regime forces seized control of Khan Shaykhun city in Idlib’s southern countryside, despite the city being included in the de-escalation zones in northern Syria.