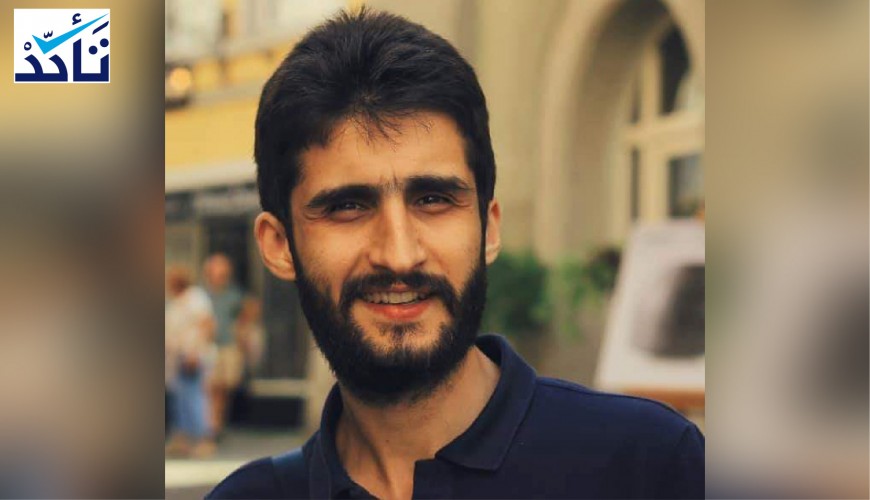 Pro-Syrian Democratic Forces (SDF) news sites and social media accounts have circulated a news report about arresting few young men in Raqqa, including a physician, accusing them of being “ISIS Assassination Cell” in Raqqa province. The report was based on documents from SDF Raqqa Internal Security Forces (RISF).

The report, published on the North Press Agency (NPA), is full of allegations about the alleged cell, of them that “the Assassination Cell held secret meeting in Raqqa,” accusing MD Hasan Fawwaz Kassab of being "the commander of the cell in Raqqa." It has also claimed that ISIS recruits employees at non-governmental organizations (NGOs) in order to “fund and support” ISIS. Moreover, NPA has claimed that "ISIS takes advantage of Kassab’s position at 'Al-Furat' program funded by the U.S. government to fund ISIS operations in Raqqa."

Verify platform inspected the report and reached out to family members and friends of MD Hasan Kassab who has been arrested by SDF along with a group of his friends in the town of Tabka located in Raqqa’s countryside. It turned out that ISIS arrested him on 24 October, 2014, then he was released. Thereafter, he fled to Turkey on November 2, 2014.

ISIS kept tracking him down in Turkey causing him to travel to Germany on March 5, 2015. He then headed to Serbia where he was granted his medical license. Of note, Kassab was unable to continue studying medicine in Syria because Assad Mukhabarat (Syria’s Intelligence Agency) pursued him in 2012, according to Naser Faraj, his friend since 9 years.

According to Feras Hannoush, his friend since 15 years who moved with him to Europe and studied medicine with him, Kassab returned to Raqqa twice after ISIS was expelled from it; the first one was shortly after taking control of the city, and the second during the past ‘Edi al-Adha’ (Islamic Festival of Sacrifice) to get married, in which he rented an apartment in Tabka town and was arrested one day after his wedding.

Besides, his friends denied all accusations against him and his friends, stressing that “he was only involved in civil activities and relief work.”

“Kassab was born in 1992, and is known for his good reputation because of his activities and the projects he has worked on,” Hazem al-Hussein, one of his close friends since the beginning of the Syrian revolution who lived with him for years told Verify platform. “The SDF forces battered him, uttered insults against him and his wife, vandalized (their) home, and confiscated his electronic devices and money.”

Hasan Kassab is 'al-Furat' (The Euphrates) project coordinator at Creative, which is an international organization based in the U.S. ‘Al-Furat’ is a development project funded by the U.S. to support the stability of Raqqa after expelling ISIS from it, by providing basic services to the community such as health, education, communication, water, and electricity.

“The SDF forces have arrested friends of Hasan, they all work at civil institutions that support civil society in Raqqa city and are funded by the U.S. in addition to international organizations,” the same sources assured. The prisoners are “Salah al-Kate', Member of Future Makers organization's (FM) Board of Trustees, Khaled al-Salameh, Traffic Safety Project Manager at FM, Anas al-Abbo, Monitoring and Evaluation Officer at FM, Eyas al-Abbo, Media Bureau Officer at New Horizons organization, and Ahmad al-Hashloum, Manager of Enmaa organization. (They were arrested) under the pretext of being members of the alleged cell after arresting Hasan Kassab,” the same sources added.

Amnesty International has accused the Autonomous Administration led by the Democratic Union Party (PYD), the main force of the Syrian Democratic Forces (SDF), of committing war crimes because it has committed forcible displacements, arbitrary detentions, and destroying and demolishing homes.

Besides, Human Rights Watch reported that the Autonomous Administration and the PYD have committed abuses and violations, most notably, arbitrary detentions, recruitment of children, and forced conscription.