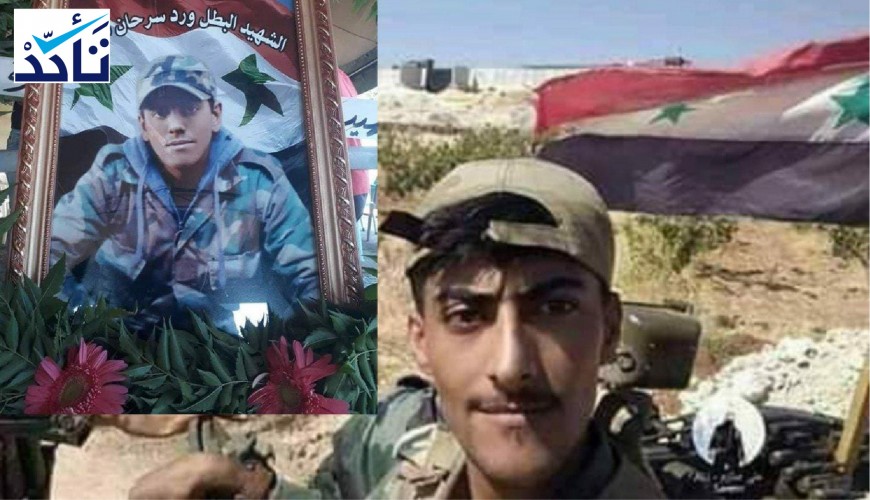 A photo that shows a member of Assad forces standing in front of a Turkish military post in the city of Murek in Hama have circulated on Facebook and twitter. Pages and accounts have claimed that the member who took the selfie photo in front of the observation post was killed.

“A soldier of the (Assad) regime, who took the selfie near a Turkish observation post, was killed,” a Turkish tweeter posted.

Beside, Turkey News page posted a text that reads,  “One of Assad soldiers, who took the

selfie near the Turkish observation post in Murek, was killed,” The post contained an image that shows a photo with a text that reads, “Martyr Ward Sarhan al-Abayd.”

Verify platform inspected the news and reached the conclusion that the member shown in the selfie photo, taken on August 24, is called Hatem Al-Hussein from Syria’s Raqqa Governorate. Al-Hussein appears in another video taken in front of the Turkish post. The

photo is not of Sarhan al-Abayd, who was a member of the Assad army from Hama’s town of Hurat, and was eulogized by pro-regime pages on the same day.

Since the Assad forces and Russian Special Forces seized control of Hama’s northern countryside on August 24, the Turkish military observation post has been besieged by the Assad forces.

After Turkey’s Foreign Minister Mevlut Cavusoglu had denied any Turkish troops were besieged, a number of members of the Assad forces and pro-Assad media professionals posted photos of themselves posing in front of the Turkish post, which has been surrounded after seizing control of Khan Shaykhun by the Assad regime.