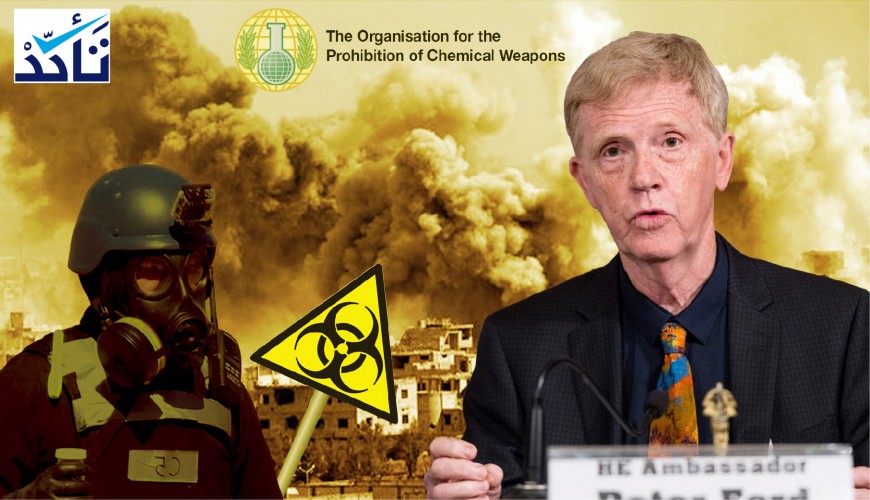 Former British Ambassador to Syria Peter Ford has claimed that the Organisation for the Prohibition of Chemical Weapons (OPCW) “did not try to exhume any bodies, (and) they gave no explanation for that,” in reference to the OPCW report on the Russian-backed Assad forces chemical attack on Douma in Damascus suburbs on April 7, 2019. Between 40 and 70 persons, including large numbers of children, were reportedly killed according to the OPCW, five days before the Assad regime seized control of the city of Douma and displaced its inhabitants. Ford has also claimed that the organisation refused “to examine what appears to be a gas canister, which was found in a jihadi workshop, not far from the site of the alleged incident. They said it was too dangerous.” He added: “Really?! They’re taking us for fools.”

The former diplomat made these allegations after the OPCW issued its report in early March 2019, during an interview titled “Peter Ford: The ‘Permanent Government’ Imperial War on Syria & World” on a YouTube channel called “Empire & Geopolitics.”

Verify platform inspected these claims, and reach the conclusion that the first one is false. The OPCW report said the (Technical) Secretariat considered the possibility of “exhuming bodies from mass graves to collect biomedical samples and examining bodies reportedly exposed to toxic chemicals the alleged attack on 7 April 2018”. The mission communicated its intention to do so to the Assad regime, and undertook preliminary preparations. The Assad regime replied in a note verbale and enumerated the conditions to be met in order to conduct the exhumation. “With due consideration of the time elapsed since the alleged incident, the possibility was eventually not explored any further,” the OPCW report noted.

As of his allegations on the organization refusing to examine “what appears to be a gas canister,” the Fact Finding Mission (FFM) did not in fact verify or sample its content because of safety reasons. However, Ford overlooked that the FFC found no indications that chemical warfare agents or highly toxic chemicals were being manufactured at this facility described by the former ambassador as “jihadi”, which contradicts the regime’s allegations. Moreover, Ford overlooked that the Assad regime requested the Secretariat to visit this specific warehouse describing the cylinder reported by the regime as “chlorine cylinder”, which is different from the two other cylinders, according to the OPCW.

Of note, the FFC visited two sites included two gas cylinders. The damage to concrete terrace in one of the attack locations “was caused by an impacting object with a geometrically symmetric shape (with the cylinder) and sufficient kinetic energy to cause the observed damage,” the report said. In other words, the cylinder fell because of an airstrike. Besides, Assad regime prevented the FFM from accessing some apartments of interest in one of the locations of the attack, as regime representatives claimed that “they did not have the authority to force entry into the locked apartments.” 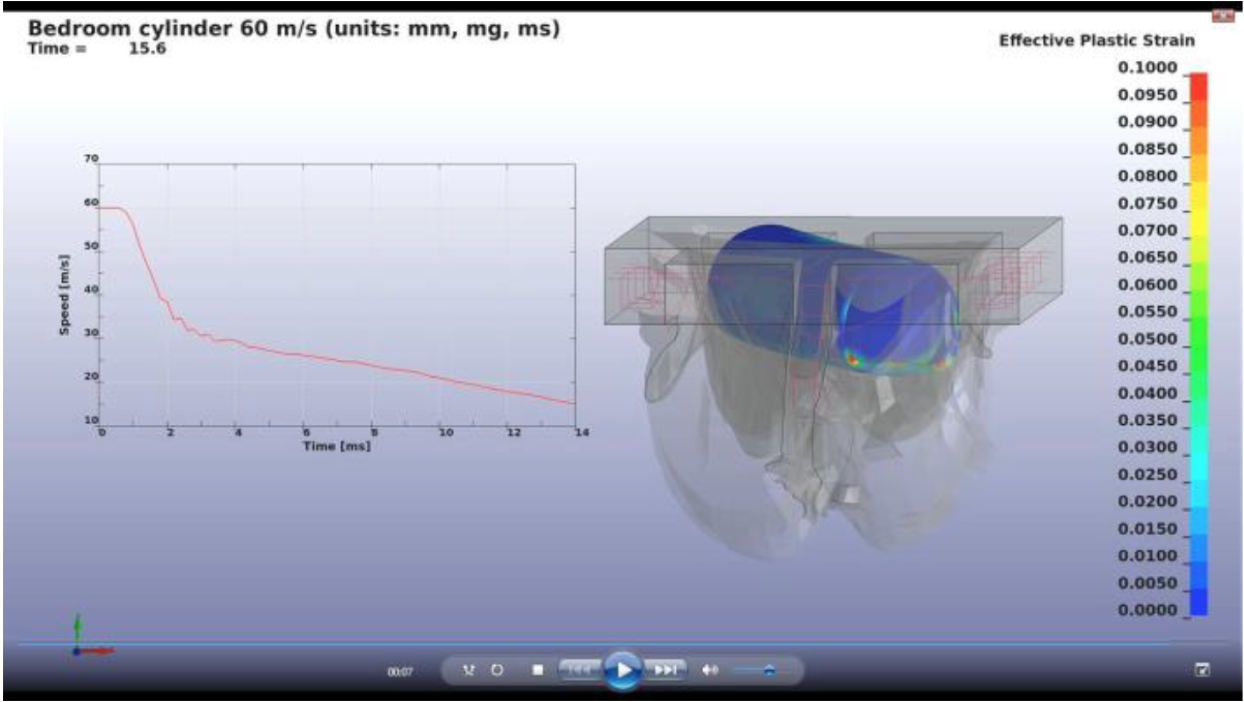 Computer modulation of the aperture and cylinder impact - The OPCW Report. March 2019.

On April 12, 2018, Russia announced pushing the last opposition combatants out the city of Douma, the latest opposition-stronghold around Damascus. Four days later, on April 16, the United Nations Department of Safety and Security (UNDSS) came under fire in Douma, the city on which the chemical attack was carried out. The UNDSS team’s mission was to make a reconnaissance of Douma before the FFM enter it. On the same day, five days after the arrival of the FFM to Syria, the UK Delegation to the OPCW stated that the Syrian regime and Russia had not yet allowed access to the attack site.

But why would a former diplomat spread disinformation that serves the Assad regime?

Peter William Ford, born in 1947, served as UK Ambassador to Syria (2003-2006) and to the Kingdom of Bahrain (1999-2003). Ford has taken the job as the director of the British Syrian Society, a pro-Assad regime lobby group established in 2003 by Fawwaz Akhras, father of Asma al-Assad and father-in-law of the head of the Syrian regime Bashar al-Assad.

In 2012, Akhras came under pressure to step down as co-chairman of the group, after all the British board members decided to resign over the brutal repression of protests against the Assad regime, according to The Guardian.

In March 2012, leaked emails revealed how Akhras advised his son-in-law, Assad, on how to deal with the Syrian revolution, in addition to advising him on how to handle a report titled “Syria’s Torture Machine.” The report depicts systematic torture of civilians – including children – by the Assadi security forces. It was published by the London based Channel 4 News.

Ford is known for stances analogous to Assad’s narrative about him protecting religious minorities. In October 2015, he said that “the fall of the (Assad) regime would be opening a Pandora’s box such we saw with the fall of Gaddafi in Libya or when Saddam Hussein fell.” “The fall of the regime would lead to massacres of Christians, Shias, Alawites, Druze, and other minorities,” he added. The former ambassador described, during the same interview, Russia’s behavior in Syria as “right”.

The Global Public Policy Institute (GPPI), an independent non-profit think tank based in Berlin, said that around 98% of chemical weapons attacks in Syria can be attributed to the Assad regime, with ISIS responsible for the rest, noting that there have been at least 336 chemical weapons attacks. Besides, approximately 90% of all confirmed attacks occurred after Douma chemical attack in August 2013, and that the regime succeeded in using them for strategic ends, the GPPI noted in a study published in February 2019 and funded by the German Foreign Ministry and the Robert Bosch Foundation.

In the same month, Amnesty International accused the Assad regime of using internationally banned chemical weapons, adding that the regime is suspected of carrying out dozens of chemical attacks on opposition-held areas since 2012, killing hundreds and inflicting terrible injuries on others.