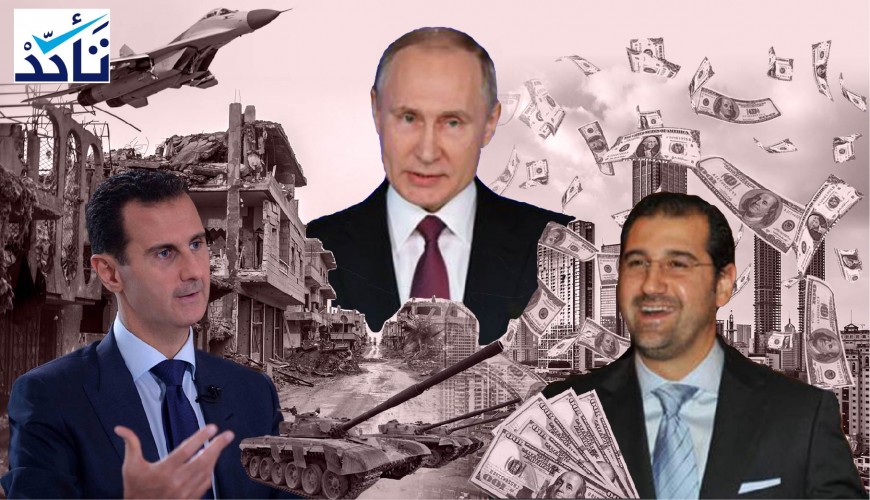 According to the rumours quoting a Russian newspaper, Bashar al-Assad has put Makhlouf under house arrest, against a backdrop of attempting a coup against the regime with Russia's support.

The website claimed that the newspaper "reported on a Russia-supported coup attempt that was supposed to be carried out by Rami Makhlouf against Bashar al-Assad, which forced Assad to put his maternal cousin under house arrest."

Radio Sawt Beirut published a report titled "A Coup against Assad Will Be Carried Out by Hezbollah with Russia's Support," citing the same Russian newspaper.

"A coup attempt was supposed to be carried out by Rami Makhlouf against Bashar al-Assad, with Russia's support, which forced the Syrian president to put his maternal cousin under house arrest," the article reads in part.

The website has claimed that "some news outlets reported that Moscow has determined the successor of Assad, who knew about the coup attempt, which is being prepared at his palace, through Hezbollah's intelligence services." The claims have gone viral on Facebook.

Verify platform inspected the news and found out that Svobodnaya Pressa newspaper denied the claims posted by Arabic-language websites that "Russia supports a coup by Rami Makhlouf to overthrow the regime of Bashar al-Assad in Syria,"which contradicts the previous claims.

The report refutes the news on supporting a probable coup attempt against the regime of Bashar al-Assad, following reports on detaining Maklouf by Assad. The reporter sees the U.S. behind these rumours.

The article says that the reason behind the rumours that the Kremlin is willing to overthrow Bashar al-Assad is detaining Makhlouf, the owner of Sham Holding Company, by Assad; the company invests in different fields including hotels, construction, energy, and trade.

The report described in detail Makhlouf's wealth and companies, then it addressed the reports published by some Arabic-language news outlets about "Moscow's intention to proclaim the Syrian millionaire as a replacement to Bashar Assad," by planning a coup that was unsuccessful.

"The truth seems simpler, which is that the Kremlin demanded that Assad must pay his 3-billion dollars debt in a short time. Therefore, Assad headed to his maternal cousin asking for money, but the latter refused," the report added, which refutes the news circulated on social media and by Arabic-language news outlets that Russia supported a coup against Assad citing the newspaper.

Verify platform reached out to the director of Hibr newspaper, Ahmad al-Absi, who denied publishing any news or reports about the alleged coup, stressing that his newspaper published a report titled "Russian Sources Clarify Truth Behind Russia's Aims to Overthrow Assad," which refutes the claims about the Russian Svobodnaya Pressa newspaper.

In addition, The Times published a report by Richard Spencer, the Middle East correspondent for The Times, which refers to breakdowns in the Syrian ruling family, as a result of a disagreement between the head of the regime, Assad, and his billionaire maternal cousin Rami Makhlouf.

Titled "Syria: Assad holds rich cousin so he can pay Putin’s war loans," the reports says that the ruling family is torn apart between Bashar and his maternal cousin who is Syria's wealthiest man because the latter refused to help in paying the war debts.

In 2011, Makhlouf said in an interview with The New York Times that the Syrian regime will not surrender and will fight until the end. "If there is no stability here (in Syria), there’s no way there will be stability in Israel," he added. EU has imposed sanctions on Makhlouf as part of sanctions against the Assad regime.