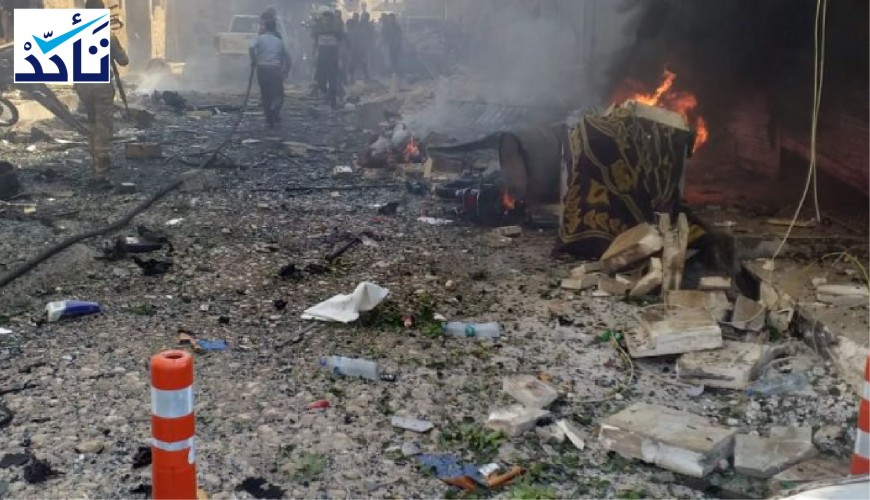 News websites and Facebook pages reported on a blast that hit the Afrin city last Friday, September 13, claiming that it left 25 persons killed or wounded.

The Syrian Observatory for Human Rights reported that a car bomb in Afrin along with shelling by an unidentified source that targeted a Turkish-backed military faction's base left "more than 25 persons killed or injured."

A news agency called "Wajh al-Hak" reported that there were "fatalities and injuries among the ranks of extreme Islamists and settlers in Afrin as a result of a massive explosion," claiming that more than 7 persons were killed and over 5 seriously injured, according to their preliminary information.

Verify platform inspected these information through its reported and medical and civil sources in the city of Afrin. We reached the conclusion that the blast has not resulted in any deaths. It, however, resulted in injuring 25 civilians including two children; victims suffering from critical injuries were transferred to Turkey.

A medical source at the central hospital of Afirn told Verify platform that he documented 25 injuries including two children, five of them suffered from critical injuries and were transferred to Turkish hospitals, as a result of a

car bomb explosion on the Rajo road in the center of Afrin city, western Aleppo.

Verify reporter explained that 3 individuals were wounded as a result of artillery shelling on the perimeter of a school in Afrin, which raises the injury toll to 28 persons. In addition, no one was killed in these attacks on last Friday. The Afrin district is targeted by explosions, some of which were adopted by The Syrian Democratic Forces' "Olive Rage Forces."