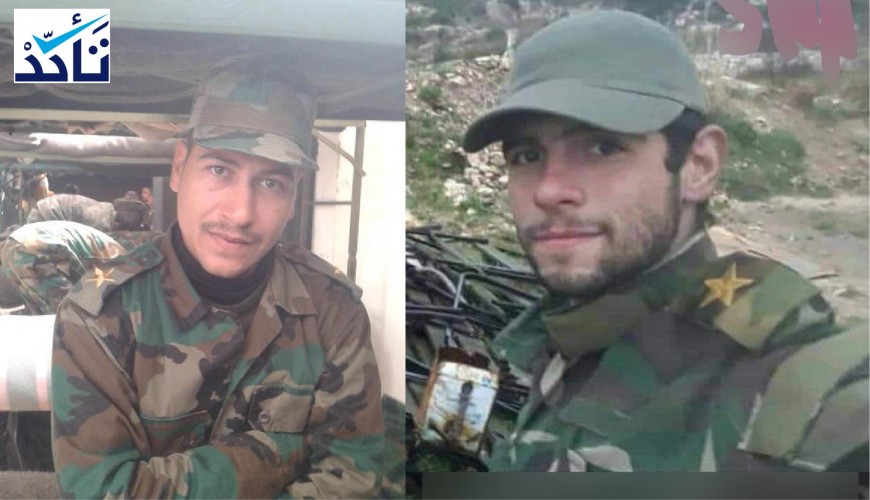 Social media profiles and pages circulated news on killing ten members of the Assad regime forces including two officers as a result of targeting "al-Nemer" checkpoint of the Assad army in the city Khan Shaykhoun in the countryside of Idlib by Syrian opposition factions.

The Syrian Press Center and Al-Nour Center for Studies reported that lieutenant Nadim Adnan al-Darwish and lieutenant Mudar Drubi al-Hurani were killed last Saturday, September 13, without identifying the rest of the members.

Verify platform inspected these names and found out that social media pages circulated news on the killing of lieutenant Nadim Adnan al-Darwish in the countryside of Latakia at the end of 2018.

Our team found no information about officer Mudar Drubi al-Hurani, whereas we found that an officer of the Assad forces called Mudar Drubi al-Gorani was killed in battles in the province of Deir al-Zour in 2017.

The regime forces have seized control of "al-Nemer" military checkpoint on August 19, following clashes with factions in the area which resulted in cutting off the Damascus-Aleppo road that goes through Khan Shaykhoun.