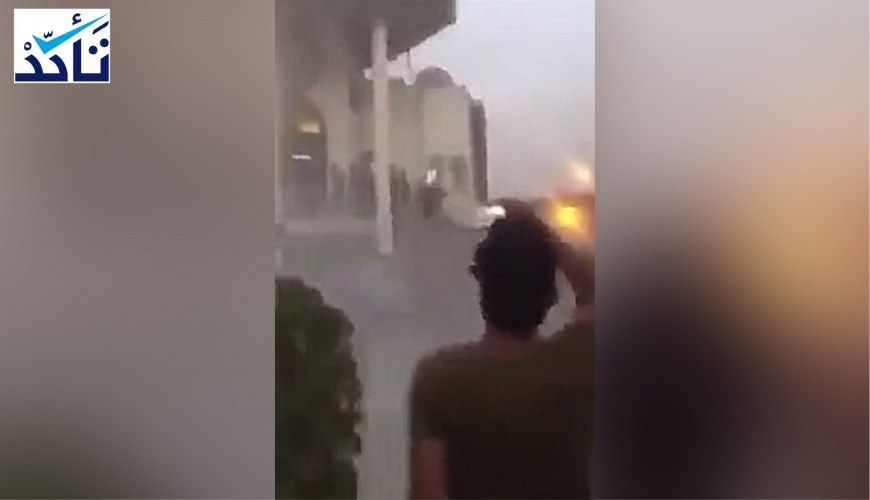 Social media pages have circulated yesterday, October 6, a video of what they said to be Iraqi protesters breaking into the Iranian consulate in the province of Basra.

A number of individuals appear in the video in front of a building from which plumes of smoke rise; a voice can be heard demanding burning the Iranian flag, and saying, “No to Iran.”

Verify-Sy platform inspected the video and found that it indeed shows Iraqi protesters breaking into the Iranian consulate. It, however, was not taken recently; it dates back to September 2018.

Demonstrations erupted in a number of provinces southern Iraq in July last year demanding basic services, resulting in deaths and acts of violence

Iran's Ministry of Foreign Affairs condemned then setting its consulate on fire in the province of Basra, and summoned the Iraqi ambassador to protest what it described as the reluctance of the Iraqi security forces to protect the consulate.

Popular protests have erupted since last Thursday in Iraq, resulting in the death of over 100 persons, the injury of around six thousands, setting 51 public buildings and eighth political parties’ headquarters on fire, according to Iraq’s Ministry of Interior.