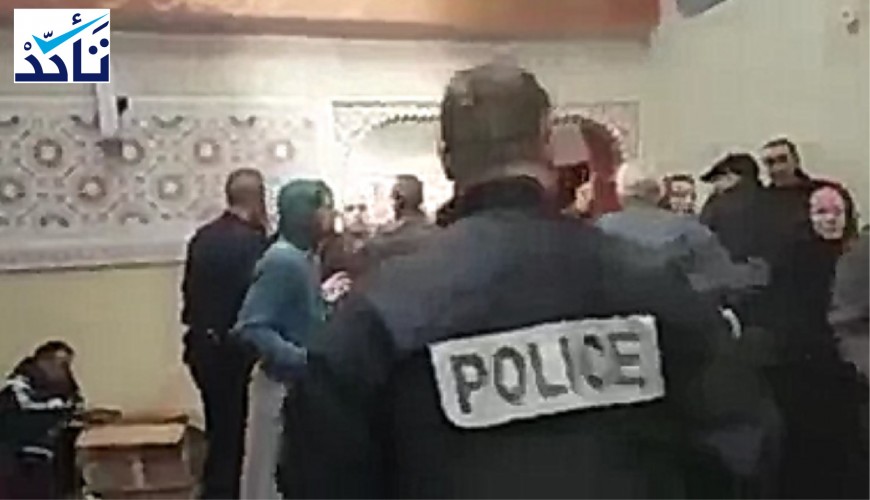 Truth behind “French Police Breaks Into Mosque in Suburbs of Paris”

Social media pages have circulated a video of police officers inside a mosque, claiming that it shows the French police breaking into a mosque, la mosquée de Clichy, in the suburbs of Paris.

The video shows what appears to be fisticuffs between members of the French police and persons inside the mosque. Shouting and French phrases can be heard in the video, without any indication to the place or the time of the incident.

Verify-Sy platform inspected the video, and found that it is not a new one. In fact, it circulated on social media in March 2017 and said to be of the French police breaking into “la mosquée de Clichy” mosque in the suburbs of Paris.

At the time, the French police broke into the mosque after a sit-in by worshipers and members of the Association of Islamic Organizations in Clichy to object the court order to vacate the building rented from the municipality of Paris, which decided to turn it into a public library.

The municipality offered another place to be a mosque, but the Association of Islamic Organizations in Clichy, which intended to buy the building, rejected the offer because the new place is smaller.

French President Emmanuel Macron said last year in an interview with BFM and gathat the number of Muslim citizens in France ranged from 4.5 to 6 million, calling for respect for religious freedom to maintain the integrity of the society.