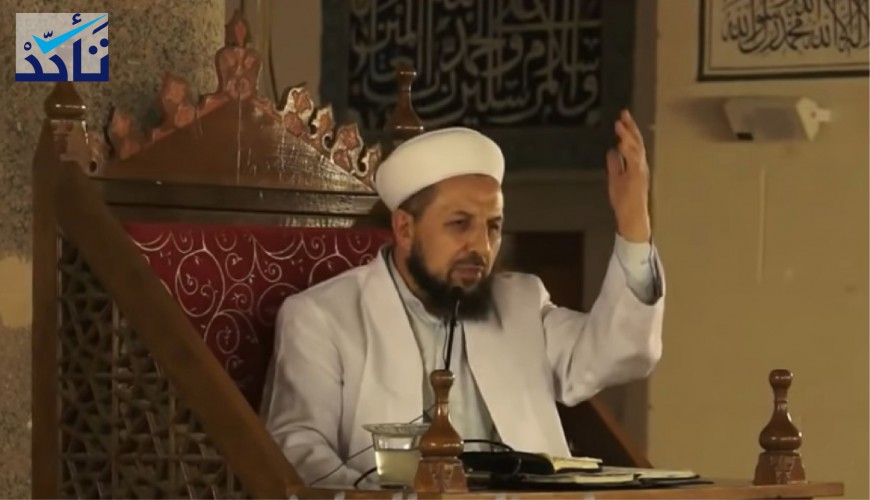 Tweeters have circulated a video of a Turkish Muslim cleric with Arabic subtitles, accusing him of inciting Turkish soldiers to kill the Kurdish people.

A Twitter profile called “Sho’on Turkia” (Turkish Affairs) claimed that the cleric said: “You can take care of snakes, scorpions, and beasts, but you must kill Kurds immediately. Don’t allow them to live in the mountains, the cities, or the valleys. Kill them for the sake of God.”

Another tweeter claimed that “the cleric who appears in the video has close ties with the Turkish president; he was delivering the Friday sermon in front of a number of Turkish soldiers and inciting to kill Kurds wherever they exist.”

Verify-Sy team checked the credibility of the video and found that it is an omitted video from a videotape of cleric called “Abdulmetin Balkanlioglu.” Moreover, the subtitles were distorted and include phrases that the cleric has not said in the video.

The cleric says in the original video, which dates back to 2016, “I know the history since Cain and Abel, I know the story of Pharaoh and all the tyrants who came to this world. I swear to God that I have never seen anything like what the Shia have done in Aleppo.”

Abdulmetin Balkanlioglu died in June 2018, after he was hospitalized because of a heart attack.