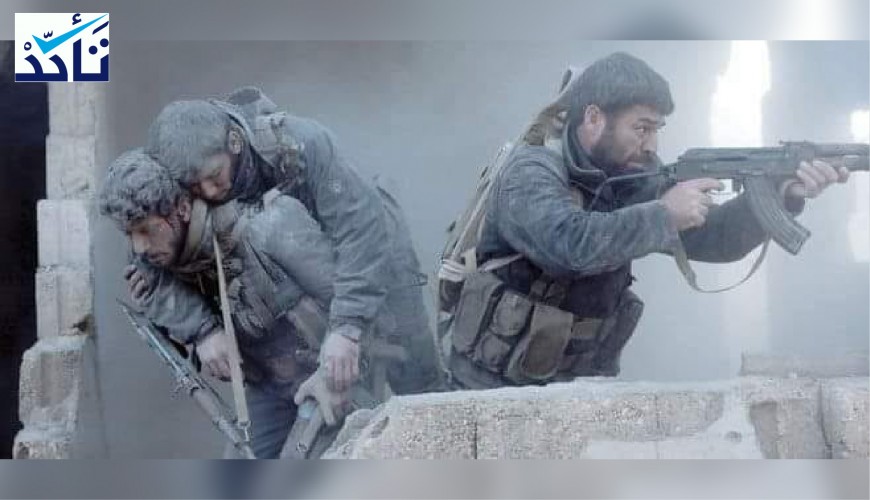 This Photo Wasn't Taken During Battles in Northern Syria

Social media accounts posted a photo Thursday, October 17, saying that it was taken during battles northeast Syria between the Democratic Union Party (PYD) on the one hand, and the Turkish forces and their allies from the Syrian opposition factions on the other hand, during the Turkish military operation that Turkey named as "Operation Peace Spring."

Three men seems to be in action appear in the photo, one of them holds a rifle, while another one carries his injured comrade.

Verify-Sy platform inspected the photo and found that it is an old one that circulated on the internet in March; it is not of the current battles in northeast Syria.

The photo was taken from a scene from a movie called "Ji Bo Azadiyê" (For Freedom), which set in in the city of Ayn al-Arab/Kubano in Aleppo's countryside.

The movie's director, a Turkish man called Ersin Celik, posted the above-mentioned photo on March 12 on Twitter, and reposted it three days later on Facebook. Politika website also posted the photo in a review about the movie on March 12.

Since the beginning of the Turkish military campaign on October 9, Verify-Sy team debunked a number of fake news reports, and misleading photos and videos, through a number of written and visual reports that are posted on Verify-Sy website and its social media accounts.