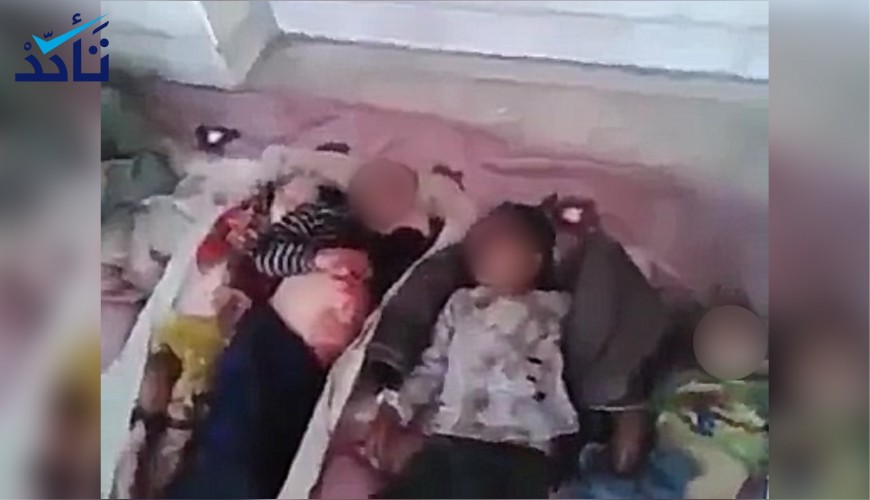 A video of victims, including children, circulated on social media in coincidence with the recent battles in northern Syria. It has been claimed that the video shows civil casualties in the Syrian city of Ra’s al-Ayn/Sri Kaneh northwest of al-Hasaka province.

In coincidence with the recent battles in northern Syria, a Facebook page shared the video with a text that reads, “Share to expose Erdogan’s massacres,” indicating that the Turkish army is responsible for this massacre.

Other Facebook pages also claimed that the video shows the child and woman victims of the Turkish bombardment on the Zarkan town of Rae’s al-Ayn on October 18, 2019. 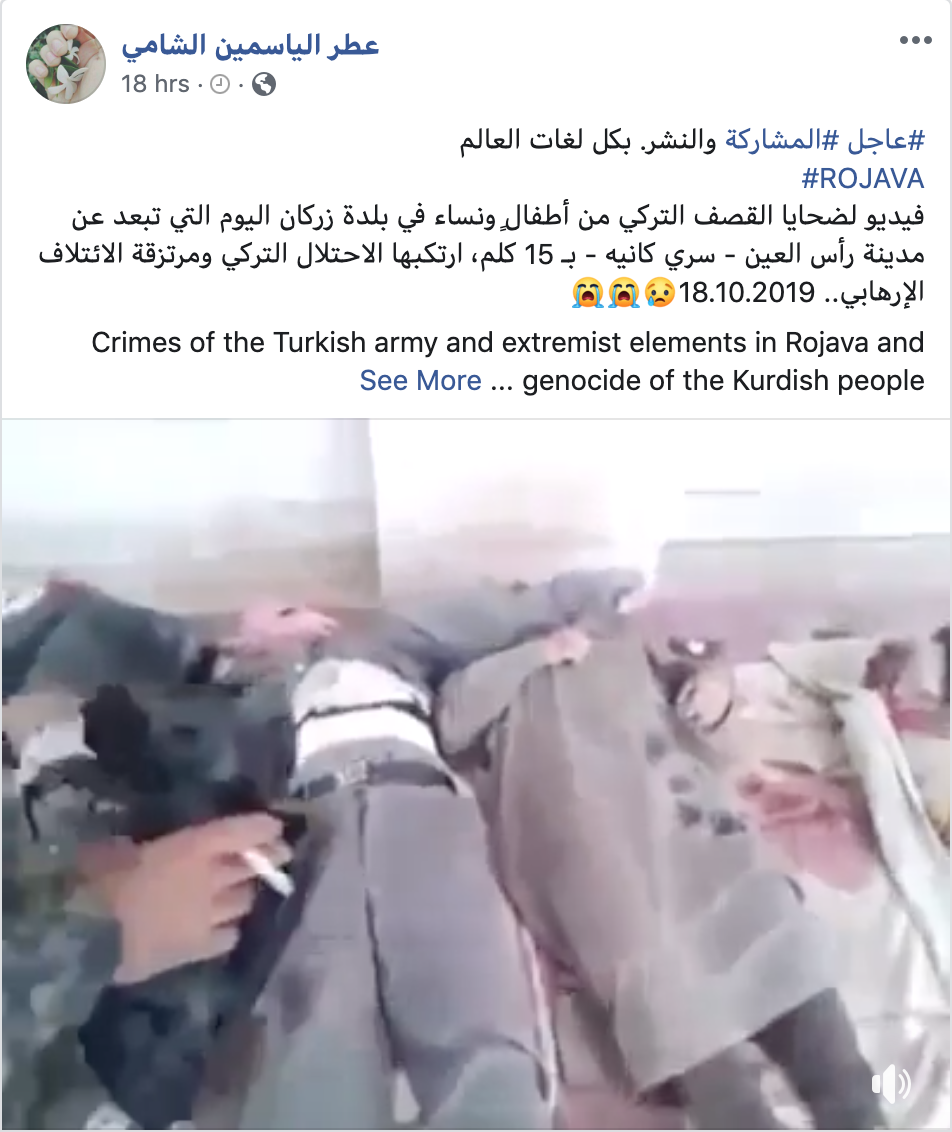 Verify-Sy platform inspected the video and reached the conclusion that it is unrelated to the Turkish military action east of the Euphrates in Syria. In fact, it dates back to 2014 when 15 victims, including women and children, were killed in the Tolayla village of Ra’s al-Ayn because of a massacre, which is suspected to be committed by the ISIS organization.

Battles between the Syrian Democratic Forces (SDF) on the one hand, and the Turkihs army and its allies from the Syrian opposition factions on the other hand, have recently taken place in the city of Ra’s al-Ayn, before Turkey announced suspending its military operations east of the Euphrates for 5 days following talks with the SDF-ally U.S.

On October 9, Turkish President Recep Tayyip Erdogan announced launching a military campaign east of the Euphrates in Syria, which are areas controlled Syrian Democratic Forces (SDF). The Democratic Union Party (PYD), which is listed as a terrorist organization by Turkey, dominates the SDF.