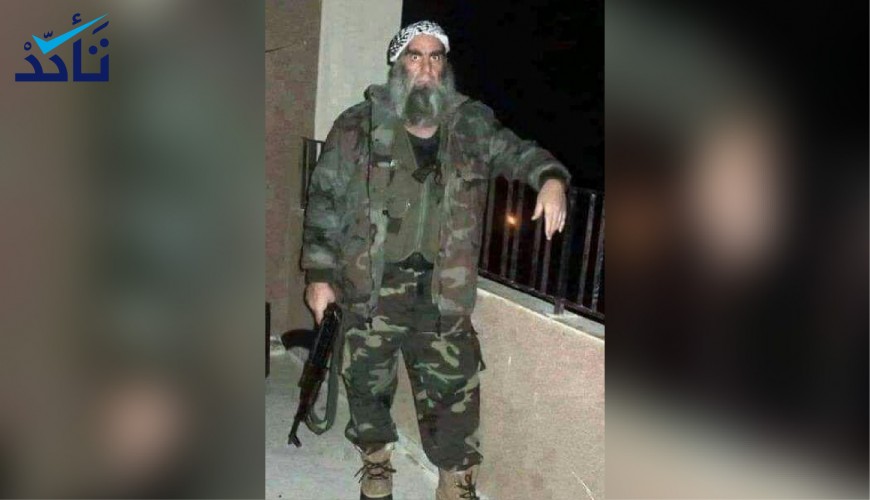 This Photo Isn't Of Commander at National Liberation Front

A Facebook page called "Nabed al-Shamal al-Souri" posted a photo of an armed man, claiming that he is "an ex-member of the ISIS organization, who is the current commander of a battalion of the Turkish-backed National Liberation Front." The page claimed that the faction led by this person "participates in the Turkish military action in northeast Syria, and commits ethnic cleansing in the city of Ra's al-Ayn (Sri Kaneh), in addition to committing field executions against civilians in the villages nearby the city."

"Members of this faction executed two young men from the al-Hai al-Sena'I neighborhood of the city of Ra's al-Ayn (Sri Kaneh), accusing them of being infidels and atheists, despite the fact that the young man are Arab civilians, and are not related to SDF at all," it added, citing local sources without naming them.

By using a reverse image search of the photo, our team found that it shows a person called Fawwaz al-Dari, who was killed in 2014, and was the commander of the Lewa Abdal al-Sham faction, according to the Violations Documentation Center in Syria.

Battles had recently erupted between the Syrian Democratic Forces (SDF) and the Turkish army along with its Syria opposition allies in the Syrian city of Ra's al-Ayn, before it was stopped due to a Turkish-U.S. agreement resulted in the withdrawal of the SDF from the city.

Of note, the Liwa Abdal al-Sham faction participated in the battles of the Syrian opposition factions against the ISIS organization in the western countryside of Damascus. In addition, ISIS killed Abu al-Lail al-Maqdisi, the ex-commander of the faction, during one of the battles between the two parties.