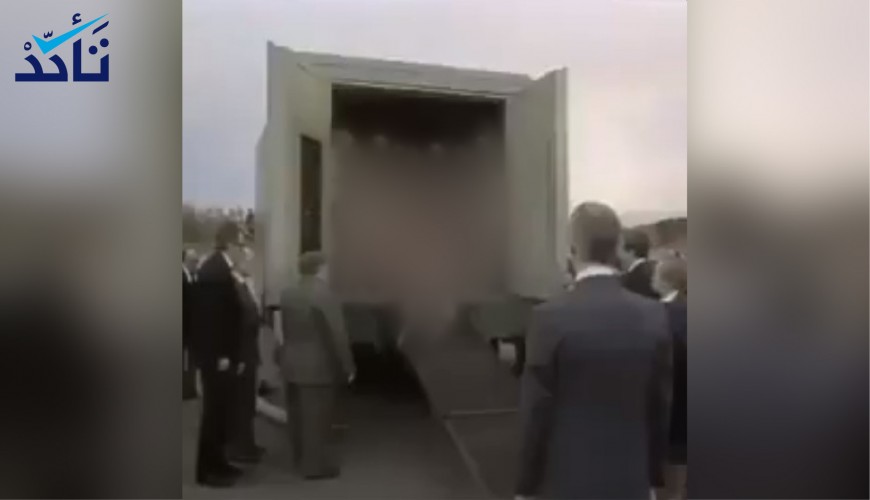 A tweeter, @Cihan_Efrin, posted a video that shows a group of men put naked women inside a truck, claiming that it is a rare video of murdering Kurds by gas.

The video shows a group of individuals forcing women to get into a box truck, before locking the cargo box amid loud screams of one of the women. Then, they flood the cargo with gas.

“A rare video of Turish terrorist acts against Kurds; they strip women and their children, put them in a big truck, and choke them with toxic gas” she tweeted.

Verify-Sy searched for the origin of the video, and found that it was taken from a 1991 Swedish short film titled “World of Glory” directed by Roy Andersson.

The scene mimics the use of gas vans by the Nazis; a method for the mass murder used by the Nazis against Jews and other groups considered as sub-human by them; they put the victims in mobile gas chambers and murdered them by exhaust fumes.

Amnesty International has recently accused the Turkish military forces and a coalition of Turkey-backed Syrian armed groups of carrying out serious violations and war crimes, including summary killings and unlawful attacks that have killed and injured civilians, during the recent military action in northeast Syria.

The launch of the Turkish military operation coincided with a flow of misleading photos, videos, and reports, many of which were checked by Verify-Sy.

Despite announcing halting the Turkish military operation in northeast Syria, intermittent clashes have been occurring between the Syrian Democratic Forces (SDF) and the Turkish backed National Army in the countrysides of al-Hasakah and Raqqa.