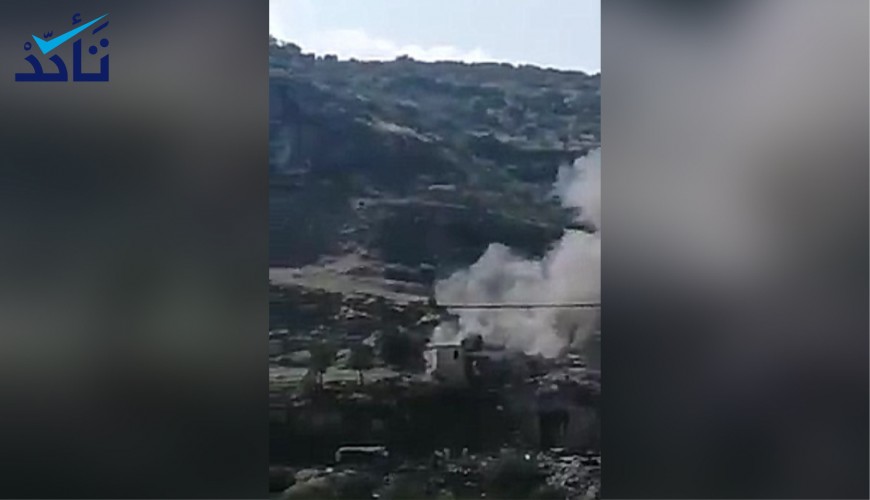 This Explosion Took Place in Syria’s Idlib, Not In Southern Lebanon

Shehab News Agency published Thursday, 31 October, a footage that shows plumes of smoke rising from the building, claiming that it shows the location on which an Israeli aircraft had fallen on the border with Lebanon.

Other pages posted the same video, claiming that, according to preliminary reports, an Israeli drone was shot down in the Lebanese governorate of al-Nabatieh

Israeli Kann News agency also posted the video, saying that it has been reported that an Israeli drone was shot down over southern Lebanon

Verify-Sy inspected the video, and found that the blast took place Thursday in the town of Darkush, south of Idlib city.

Verify-Sy reporter in Idlib’s countryside explained that the blast occurred at 11:00 AM (UTC+2), in the al-Dwaisat area west of Darkush.

Several Syrian news sites and Facebook pages posted the same video along with other footage of the blast from different angles, reporting that it occurred in the town of Darkush, and resulted in killing three civilians.

Verify-Sy could not confirm the cause of the explosion, and the Syrian Civil Defense (White Helmets) did not provide any confirmed information about the nature and cause of the blast.

Of note, the White Helmets mourned one of its members who was killed by one of the successive explosions in Darkush while inspecting the area with his colleagues.

The Israeli army’s Arabic-language spokesman, Avichay Adraee, tweeted that there was firing at an Israeli drone over Lebanon, but “the drone was not hit,” he added.