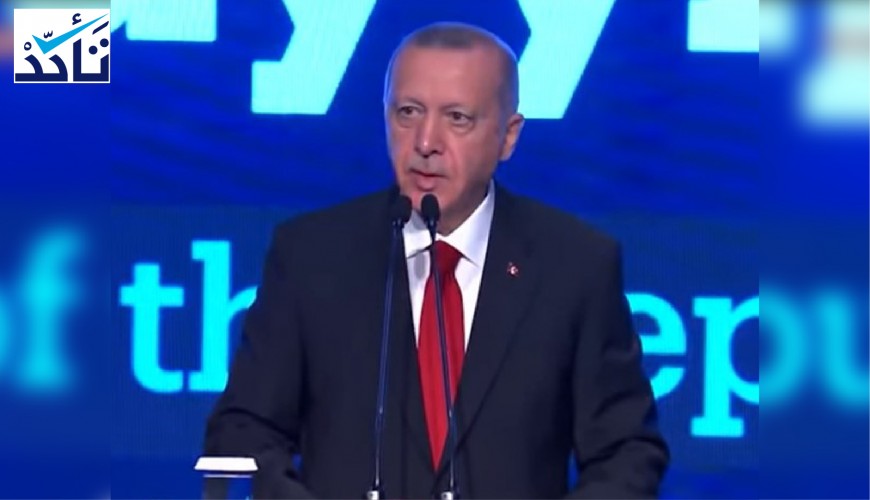 Did Erdogan Say Drop of Petroleum is More Valuable than Drop of Blood in Syria?

Turkey Now news website has recently posted footage of Turkish President Recep Tayyeb Erdogan in an article titled, “A Drop of Petroleum is More Important than Blood in Syria.”

The website has claimed that the Turkish president said “the main principle in Syria is that a drop of petroleum is more important than a drop of blood.”

Verify-Sy team inspected the above-mentioned video and found that it was excerpted from a speech delivered by Turkey’s president at the presidential compound in Ankara on October 29, on the occasion of the Republic Day of Turkey.

Verify-Sy team also found that the translation was not correct; at the 1st minute, Erdogan said: “Except for Turkey, anyone who claims to be concerned over the Syrian issue from the perspective of human rights, the lives of innocent people, and the future of the Syrian people, I will say it frankly: He is lying. The main objective of all those concerned about Syria, except for us, is to control the petroleum resources.”

“The primitive concept that a drop of petroleum is more valuable than a drop of blood can be seen very clearly. The only country that does not see Syria as an opportunity for power or petroleum, but sees it from the standpoint of humanity, lives, and brotherhood is Turkey,” he added

Erdogan’s speech was previously misrepresented by Egyptian newspaper Youm7; the newspaper claimed that the Turkish president said: “We are in Syria and Libya because they are our ancestors' legacy.”

At that time, Verify-Sy clarified that Erdogan said: ”Turkey has no ambitions in territory that does not belong to it in any country, note well, we consider this as a big insult for us. We are just trying to defend our rights and the rights of our brothers who are an integral part of us. We do not have any other aim”