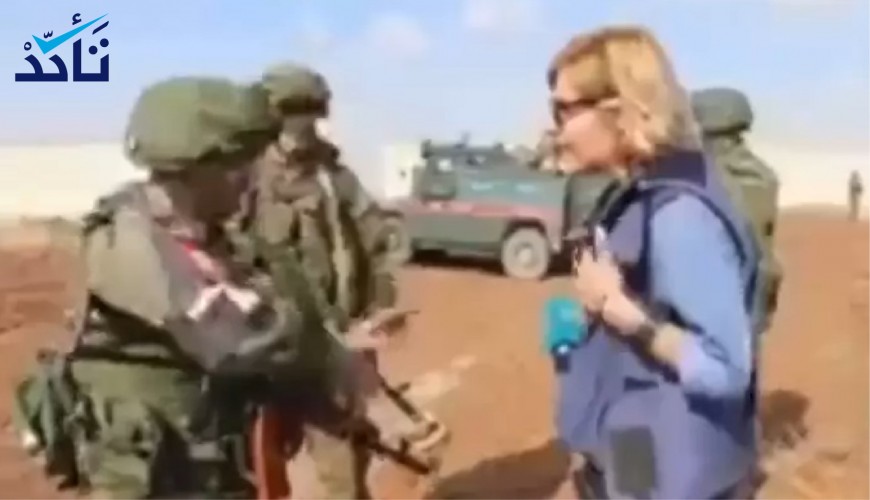 News outlets has posted a video, claiming that it shows a Syrian reporter arguing with a Turkish soldier in northeast Syria.

Al Arabiya has posted the video in a news article titled, “Syrian Reporter Says to Turkish Soldier Who Attempted to Prevent Her from Filming: This is Our Land.” The news article reads in part, “A reporter of an Arabic TV channel in northern Syria argued with a Turkish soldier who she tried to film while she was covering the operations in the area.”

Also, Step News Agency has posted the same video in an article titled, “Watch || Syrian Defies Soldier of Joint Turkish-Russian Patrol Saying This Is Our Land.” The article claimed that the video shows “Turkish soldiers attempting to prevent a Syrian journalist from doing her mission of covering the events in northeast Syria.”

In addition, Alhurra TV channel has posted the video in a news article titled, “Footage.. Syrian Journalist Clashes with Turkish Soldier, What Did She Tel Him? ”

Verify-Sy platform inspected the video, and found that the reporter works for Alghad TV, which had posted the video.

Alghad TV said that her reporter “responded to prohibition imposed by the joint Russia-Turkish patrol from filming in the buffer zone (by saying): this is a Syrian land, this is our land,” without pointing out to the nationality of the soldier with whom she had argued.

Verify-Sy also found that the soldier who appears in the video serves at the Russian forces, because his uniform has the emblem of the  Russian military police, and behind him appears a Russian military vehicle. 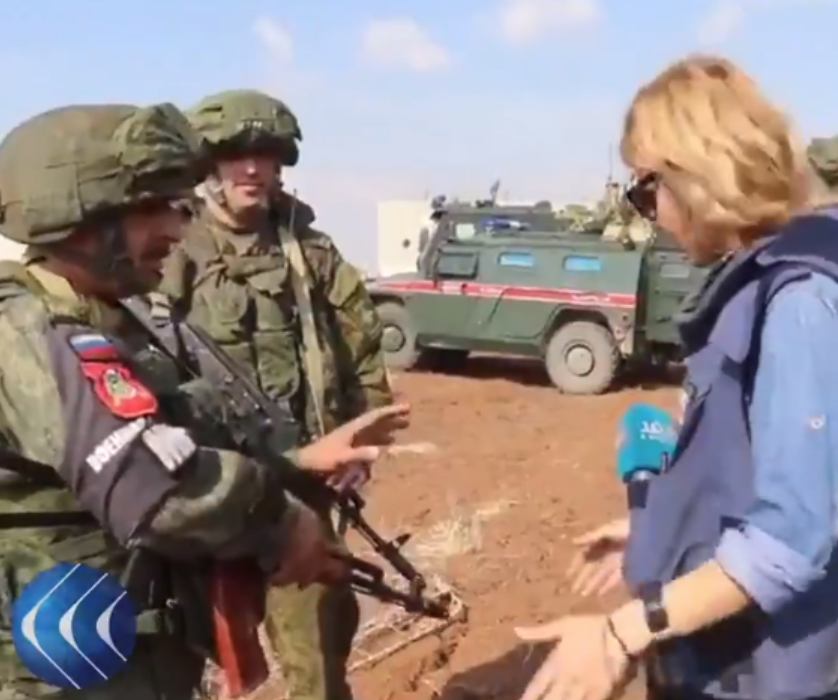 Members of the Russian military police were seen with the emblem in different areas in Syria during the past few years, as shown in the photo below, which had been posted by ANNA TV. 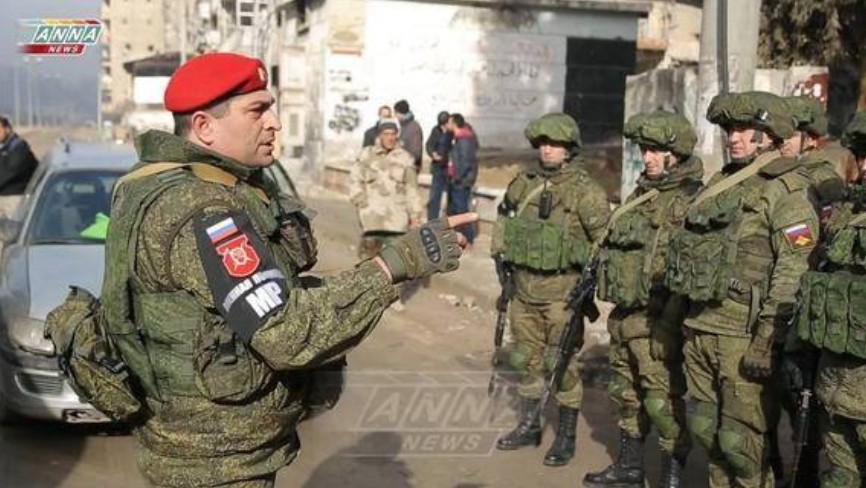 Of note, few days after the U.S.-Turkish agreement, which has resulted in a cease-fire and halting “Operation Peace Spring” in northeast Syria, Turkey concluded an agreement with Russia, on October 22, which includes creating a mechanism to manage “the safe zone,” which includes areas surrounding the Turkish-held areas in cooperation with the opposition factions. The agreement stipulated that the Democratic Union Party (PYD) must withdraw from all border areas, in addition to running joint Russian-Turkish patrols in these areas.