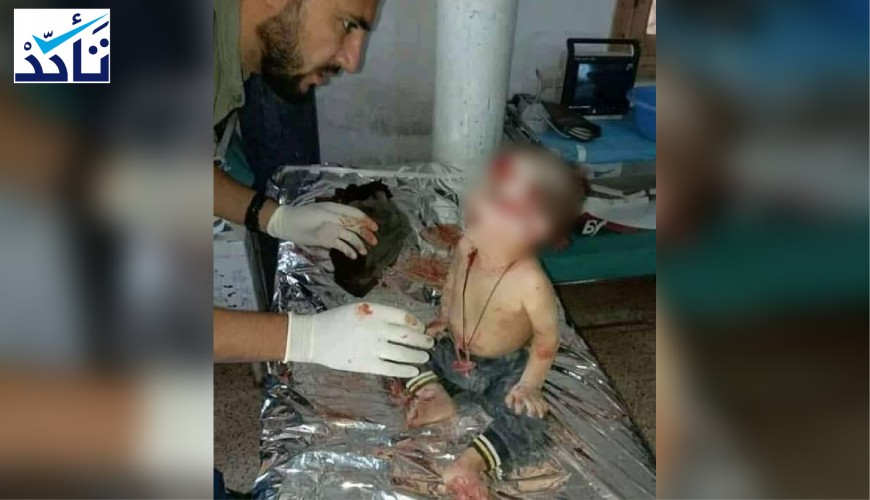 This Child Was Injured By Assad Bombing on Aleppo, Not By Israeli Bombing on Gaza

Social media accounts have circulated a photo of an injured child with a paramedic, claiming that the child was recently injured by Israeli bombing on the Palestinian Gaza Strip.

Lebanese media professional Neshan Der Harotinian tweeted the photo under the #Gaza_under_fire hashtag, with a post that reads, “Here is Gaza! To every Arab conscious singing: Mawtini (My Homeland).” Other tweeters have posted the photo, which has gone viral.

Verify-Sy platform searched for the original photo, and found that it is old, and was not taken in the Palestinian city of Gaza.

In fact, the photo shows Bara'a Abdullah al-Bakri, a Syrian child who was injured by Assad airstrikes on the village of al-Bawabia in Aleppo province on July 25. Several local news websites published the photo.

The Syrian Network for Human Rights documented the photo of the injured child.

On November 12, the Israeli army launched a military campaign on against the Gaza Strip in Palestine, which resulted in the killing of 34 Palestinians, including children and women. On last Thursday morning, a ceasefire was announced between the Islamic Jihad movement and Israel in Gaza.