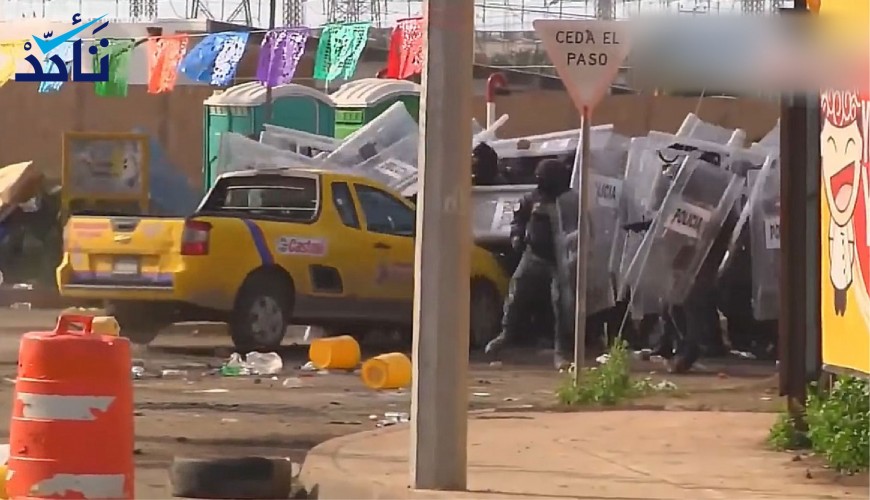 This Video Was Taken in Mexico, Not of Iranian Protester Runs Over Police Officers

Social media websites circulated a video that shows a running over incident, claiming that it shows an Iranian man running over security officers by his car.

The video shows a yellow car approaching a group of men who seem to be security officers, some of them carry armors; advertisement banners written in the Latin alphabet also appear in the video.

Verify-Sy platform inspected the video, and found that it is not related to the protests that recently erupted in Iranian cities and towns. In fact, it shows a hit-and-run incident in the city of Mexico’s Tijuana in early 2017, which coincided with protests against a 20% rise in fuel prices by the government.

Seven police officers, who were guarding state-owned oil monopoly Petróleos Mexicanos, or Pemex, were injured, according to AFP.

Killings and injuries were reported after popular protests erupted across Iran following a hike in government-set fuel prices.