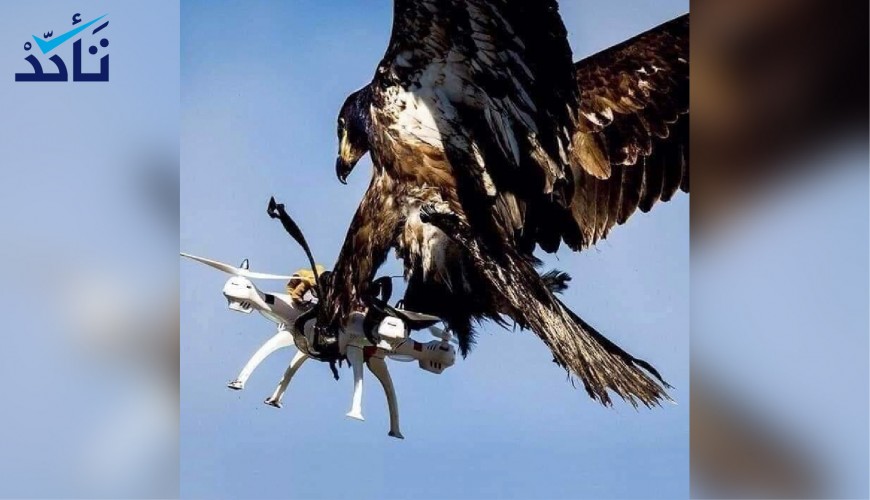 This Photo Was Taken in the Netherlands, It Isn’t of Eagle Catching Drone Over Gaza

A photo showing a bird of prey wrapping a drone with its talons has circulated on social media. It has been claimed that it is of “an Israeli spy drone over the Palestinian Gaza Strip, fate has ordained that that bird caught it.” 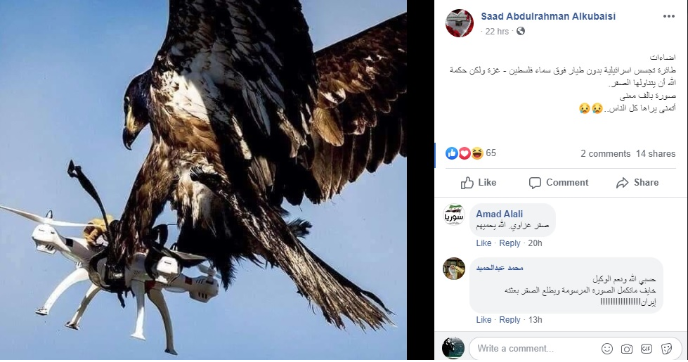 Verify-Sy Platform fact-checked the photo and found that Dutch photo/grapher Koen van Weel took the photo in 2016, during a training session by Guard from Above, a company specialized in training birds to intercept drones, with the Dutch police.

A 2016 video report from Euronews shows these birds during a police exercise in the Netherlands.

Of note, the image is available via Getty Images; the caption says that it was taken in Katwijk, on March 7, 2016.

The Israeli forces launches drones over Gaza for security and military purposes. Footage of shooting at an Israeli drone from the Gaza Strip has circulated on the internet. In addition, Palestinian news websites announced Monday shooting down an Israeli drone in Gaza.