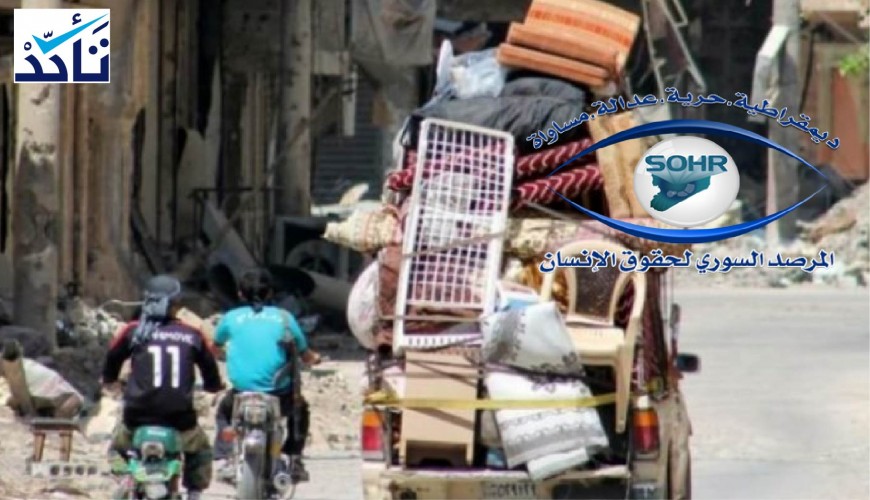 The organization said that that factions of the Turkish-backed Syrian National Army looted Kurds’ properties, and sold them at “Kurds Market,” in reference to a market in the Tal Helf town west of the city of Ra’s al-Ayn. the town “has become the biggest market in the area under the Turkish army’s nose,” the report added.

No photos of the alleged market or looted goods were included in the report; it only has an interview with an unidentified person who said that he had gone to the “Kurds Market.” “The factions sell looted goods at a very low price, household goods are being sold on the streets, among which are photos of children and Kurdish families,” he said.

Verify-Sy fact-checked the report through field, independent sources, and found that there is no market called “Kurds Market.” In addition, there is no such market in which household goods or second-hand items are being sold after the Turkish-backed factions captured it.

In the report appears a photo/graph, which dates back to 2013 in the Old Airport neighborhood of Deir al-Zour, when the inhabitants were displaced by the battles between the opposition forces and the Assad regime.

Verify-Sy reporter visited the area on November 17, 2019, capturing videos of passengers who still live in the area. He confirmed that most of the inhabitants had been displaced from the area shortly before it was captured by Turkish-backed factions last October.

Verify-Sy Platform reached out via phone to the Syrian Observatory for comments, and the latter said that the name of the market, “Kurds Market,” is metaphorical. The observatory has not provided any information on the address of a market or a shop in which looted items are being sold in the Tal Helf town.

Human Rights Watch has recently reported that the Turkish-backed Syrian faction committed summary executions, looting of property, and other violations in the areas they recently seized control of in “Operation Peace Spring,” which had been launched on October 9.