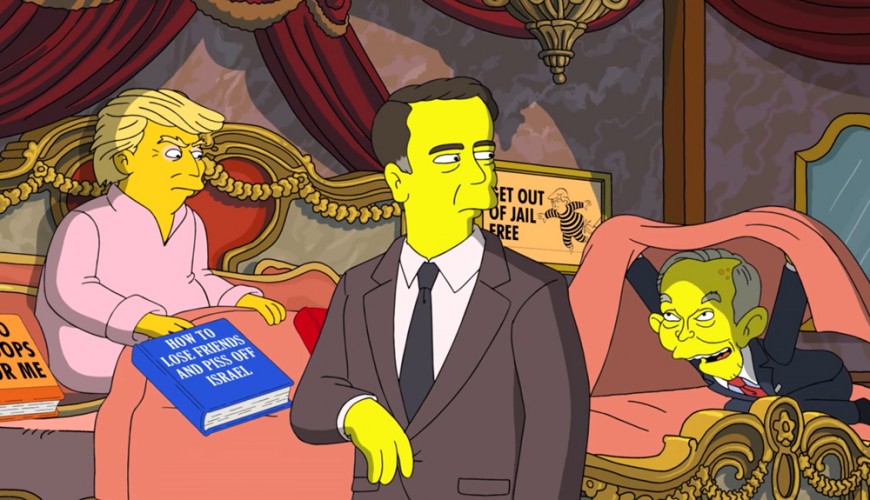 Publishers considered The Simpsons predicted what is going to happen in Saudi Arabia since 2000 depending on picture from the tv show of Trump meeting with Saudi king Salman Bin Abdulazeez Al Saud with Egyptian president Abdul Fatah al-Sisi during the opening of counter extremism center in Riyadh in 21th May.

But this picture appeared in Simpsons episode on 26th may 5 days after the meeting in the 28th season of the famous American TV show.