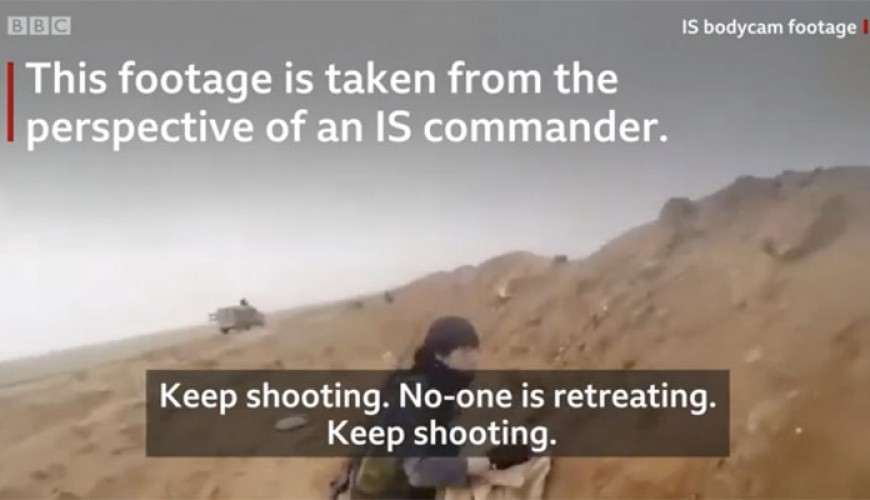 Is this video shared by BBC of ISIS fighters exclusive?

On Friday, BBC shared on its official social media accounts a video from a go-pro camera appears to be from an ISIS fighter helmet during fight against Syrian Democratic Forces SDF.

BBC said the video is exclusive and shows the battle against ISIS to capture Hajin area in Deir Ezzor in east Syria, the network shared the video under the title “Is this the Islamic State group's last stand in Syria?".

The video shows some ISIS fighters feeling disparate due to the fight while the person with the camera who appears to be their commanders telling them to keep fighting.

Following a search conducted by Verify-Sy, it turns out that this video is not exclusive to BBC and was posted by Syrian Democratic Forces SDF channel on YouTube on December 12, 2018, and it is a part of a 12 minutes video ends after the fighters fled and the commander with the camera injured.

Worth to mention that Syrian Network for Human Rights said that 165 civilians including 74 children and 29 women were killed by random shelling and airstrikes by US-led coalition and SDF on Hajin between 11 September and 20 December 2018 before SDF captured Hajin town after ISIS retreated to its last stronghold in nearby villages.