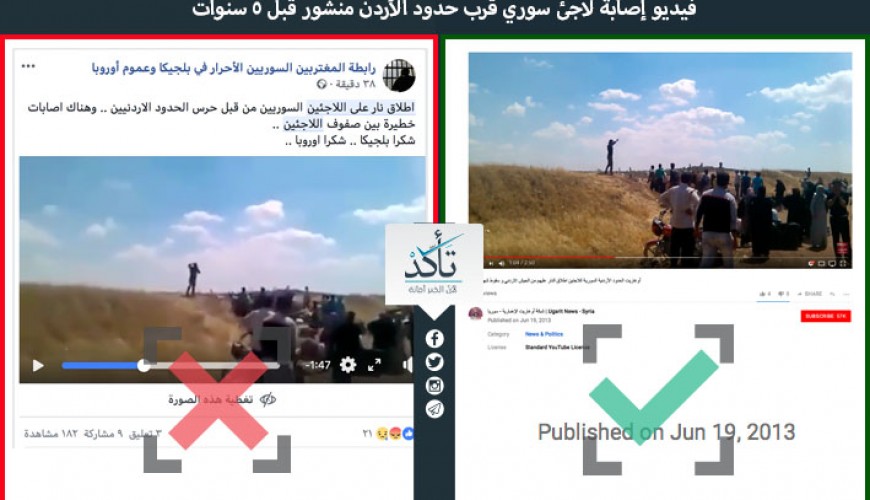 Social media news pages and personal accounts shared a video showing Syrian refugees gathering near Jordanian border while who is filming the video is saying that Jordanian border guards shot at refugees and filmed a civilian man with his face covered in blood.

Video’s publishers said it is new and was filmed while civilians fled Assad regime and Russian bombardment on towns and cities in Daraa province to Jordanian borders.

Following a reverse-search conducted by Verify-SY, it turns out that this video was posted on YouTube 5 years ago under the title: Jordanian army shot Syrian refugees near Syrian-Jordanian border and killed a martyr.