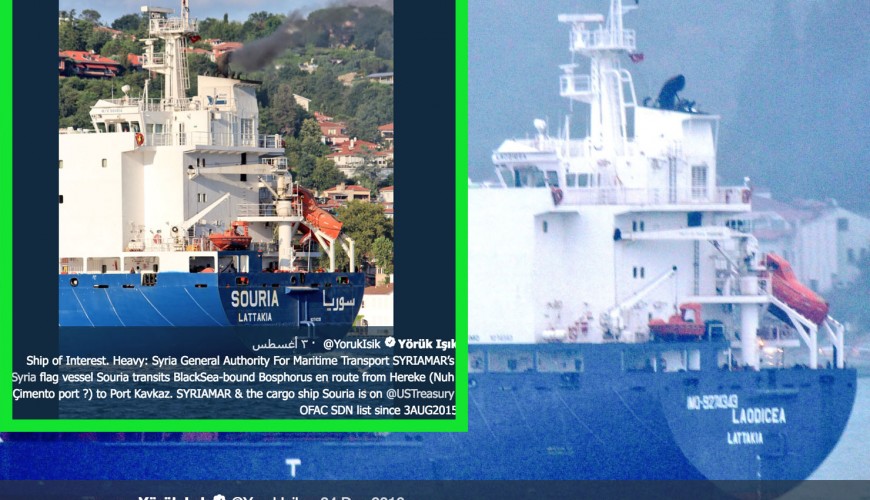 The websites cited a tweet published by “Yörük Işık Bosphorus Observer” who shared photos of the vessel “Souria” crossing Bosphorus which connects the Black Sea with Ege Sea.

Verify-Sy would like to remind audience that this is not the first time a Syrian vessel cross the Bosphorus, the platform observed several photos published by the same “Yörük Işık Bosphorus Observer” account of the same vessel crossing on August 24, 2016.

The tweet which was published by “Yörük Işık Bosphorus Observer” saying that the Syrian vessel carrying cargo from Turkish port to a foreign port “Kavkaz Port in Russia” for the first time in years but didn’t say it is the first time it cross the Bosphorus.

Verify-Sy attach the link of the tweet with the photos of vessel “Souria” while crossing Bosphorus about two years ago.

We also attach other photos of another Syrian vessel crossing Bosphorus on December 24. 2016.