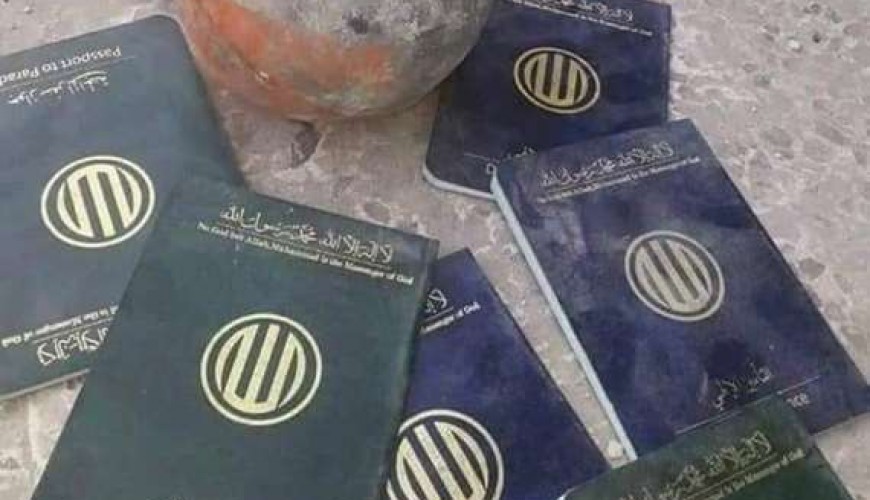 Social media news pages and websites shared lately news titled “Passports to Heaven” found in Raqqa province in Syria that ‘allows who carry it to enter heaven after death’.

The websites and pages shared a photo of blue and green notebooks and cited an unknown source saying it was find with ISIS when it was controlling Raqqa city.

Verify-Sy searched for the source of this claim and it turns out the “Passports to Heaven” was found by opposition groups in regime base near Division 17 in Raqqa in 7/5/2013.

Verify-Sy attach a video taken by Raqqa Revolutionary Media Center which was posted on YouTube 5 years and showing the passports when rebels found them.