Syrian, Arab, and foreign media outlets celebrated the achievement of teachers who hold the nationalities of the countries to which these media belong (the International Teacher Prize), and some of these media described the award as the “biggest academic award,” and one of the Turkish education directorates described it as the “Nobel Prize for Education.” However, these allegations are Incorrect, and there is another award bearing the same name awarded to one winner holding Indian citizenship.

Syrian, Arab, and foreign media outlets celebrated the achievement of teachers who hold the nationalities of the countries to which these media belong (the International Teacher Prize), and some of these media described the award as the “biggest academic award,” and one of the Turkish education directorates described it as the “Nobel Prize for Education.” However, these allegations are Incorrect, and there is another award bearing the same name awarded to one winner holding Indian citizenship. 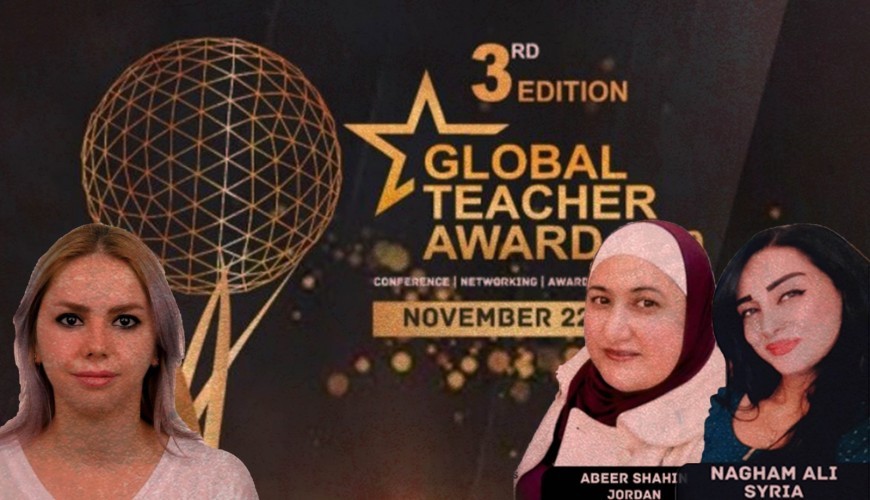 What is the "Global Teacher" award?

What is the "Global Teacher" award won by a Syrian teacher and other teachers this year?

Syrian news sites and pages recently published a story about a Syrian teacher winning the "World Teacher" award for the year 2020, noting that the teacher who won the award is called (Nagham Ali) from the "Martyr Ahmed Al-Shanbour" school in Tartous.

By searching for the source of the news, it was found that the official agency of the Bashar al-Assad regime (SANA) published a news story on November 24 entitled "Teacher Nagham Ali from Tartous won the World Teacher Prize for the year 2020," in which she said that "the Global Knowledge Stimulation Organization (alert) knowledge services) announced that the teacher, Nagham Ali, from the Martyr Ahmed Al-Shanbour School in Tartous, won the International Teacher Prize for the year 2020, and she will be honored through a virtual ceremony on the 20th of next December.

The results of the research conducted by (Verify-Sy) showed that Arab news websites celebrated the winning of other teachers with the same award for this year 2020, including the Jordanian (Abeer Shaheen), who published the Jordanian website (Ammon News) the news of her award and described it as "the largest academic award", as he described The official website of (Eskisehir State Directorate of Education), which was awarded the "Nobel Prize for Education" in a story published, talked about Turkish teachers receiving it in the current year 2020.

Al-Araby Al-Jadeed newspaper reported that the Palestinian (Abeer Aknibi) won this year's copy of the same award, and the results showed other winners from Tunisia, Turkey, Bosnia and many other countries.

The multiple winners of the competition prompted us to start our search from its name, and the beginning was from the search engine (Google), and the first result referred to the (Global Teacher Prize), an annual award that was launched at the Second Global Forum for Education and Skills in March 2014 and was described by international media at the time as (The Nobel Prize for Teaching) at that time received more than 5,000 nominations from 127 countries.

What is the Global Teacher Prize?

According to the competition website, this award is awarded annually to one winner under the name (Global Teacher Prize) in Arabic and English (Global Teacher Prize), with a monetary prize of one million US dollars awarded annually to an exceptional teacher who made an outstanding contribution to his profession, presented this year by the Foundation Varkey, in cooperation with the United Nations Educational, Scientific and Cultural Organization (UNESCO).

The winner of the competition and its monetary prize is selected based on a jury's decision that includes government officials, academics, journalists, businessmen, company directors, scientists, and public figures. They are supervised by the British (PWC) company, one of the four major companies specialized in financial auditing and auditing worldwide. A dedicated audit methodology has been prepared for the competition.

According to the digital encyclopedia (Wikipedia), the awards for the last five years have been won by five teachers from different countries, the first of which is the American teacher (Nancy Atwell) and the most recent of which is the Indian teacher (Rangitsen Dessel), who was crowned this month in December with the award, for his efforts to promote girls' education in his school in India And he got a million dollars.

The last version of the competition above received wide international media coverage. However, the award ceremony was held virtually due to the conditions of the spread of the (Corona) pandemic, due to the Indian teacher announcing the participation of his nine competitors who reached the final list with half the prize. Thus each of them received 55 thousand dollars. This prompted the British Prime Minister, religious and public figures to congratulate him and praise his initiative.

What about the award that has multiple winners?

After we reviewed the previous results and got acquainted with the "Global Teacher Prize", which is described as the "Nobel Prize for Teaching", we moved to search for the other award that the Syrian and non-Arab media celebrated by achieving it by teachers, each of whom holds the nationality of the medium that celebrated it.

From the website of the award-based body, this was the beginning of this step, as its organizers say - in bad English - that their award, which they called (Global Teacher award) aims "to reach all over the world, And recognition of an outstanding teacher who has made an outstanding contribution to his profession. It aims to recognize teachers who have showed excellence in teaching different subjects, showed outstanding contribution to learners and served the community by teaching even outside the formal classroom."

"The AKS Education Awards began this prestigious award and the first of its kind to honor outstanding teachers from all regions and communities in the world and highlight their contribution to building society and helping to build a better society through inspirational teaching," the website said. 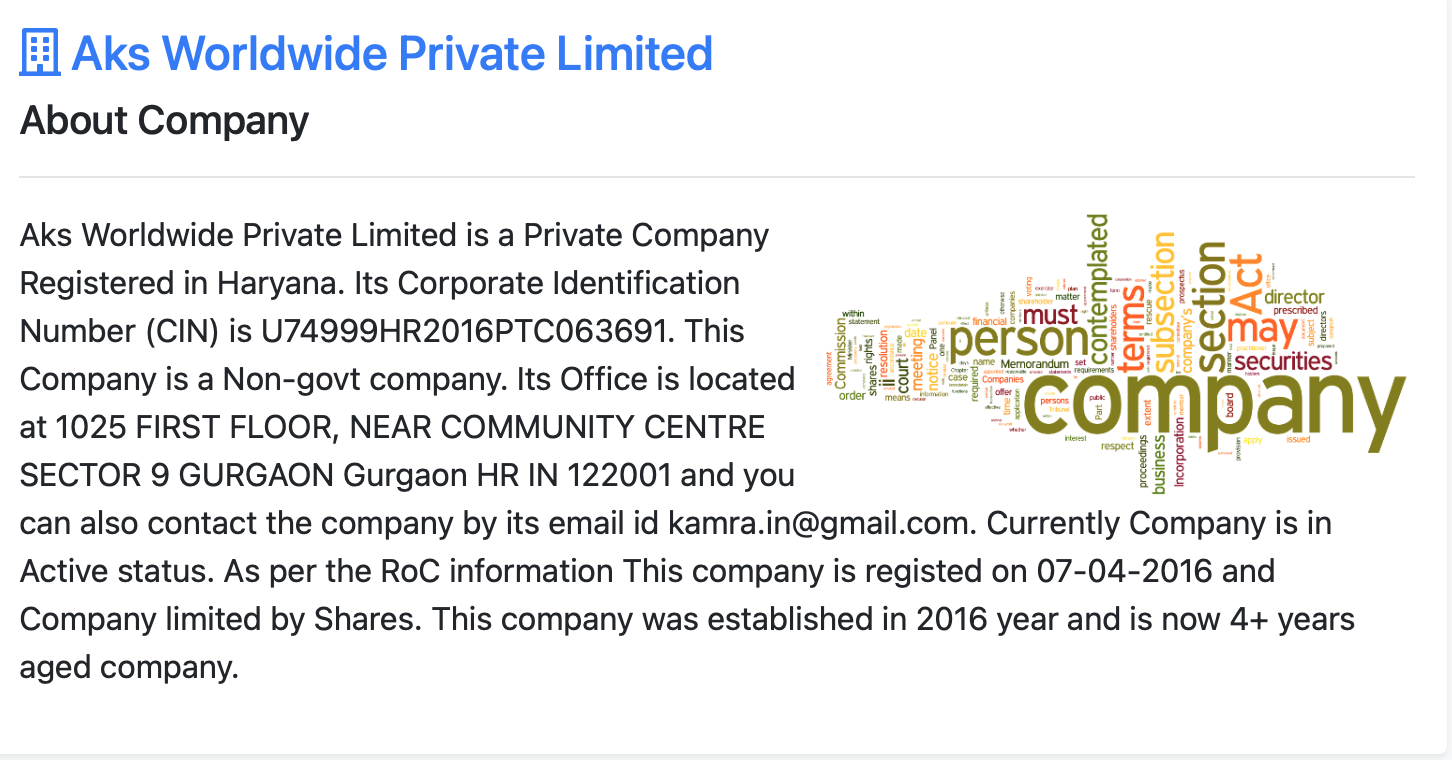 And by searching using the name of the organization organizing the competition, it was found that it is licensed under the name (AKS Education Awards), and one of the websites specialized in following up on the licensing of companies in India showed that its license is included in the category of limited companies.

The organizers of the Indian company explain, on their website, the terms and conditions of participation, the mechanism for applying for it, and the teachers who are qualified to win the competition, whose results will be announced in its last version for the current year on December 20, in a virtual ceremony. However, they did not mention the mechanism for selecting the winners and the prizes awarded.

Looking at the previous versions of the competition and the winners, the site mentioned that the awards ceremony of the previous version 2019 was held in the Indian city (New Delhi) on December 15, in the presence of 650 people, including ambassadors (Turkey, Croatia, and Serbia), during which prizes were presented to 500 teachers from 73 countries, and they were in-kind prizes (metal cups and certificates) only.

The organizers of the Indian competition include the names and photos of the winners in the last two versions of it (2018 and 2019). We did not find on their website any announcement of the names of the teachers who won the current year's version 2020, which prompted us to communicate with them via the instant messaging program (WhatsApp), which they put a link to in Their site is the same. We asked them first about the winners' names in general; then, we decided our question about the Syrian teacher (Nagham Ali) without getting a response. 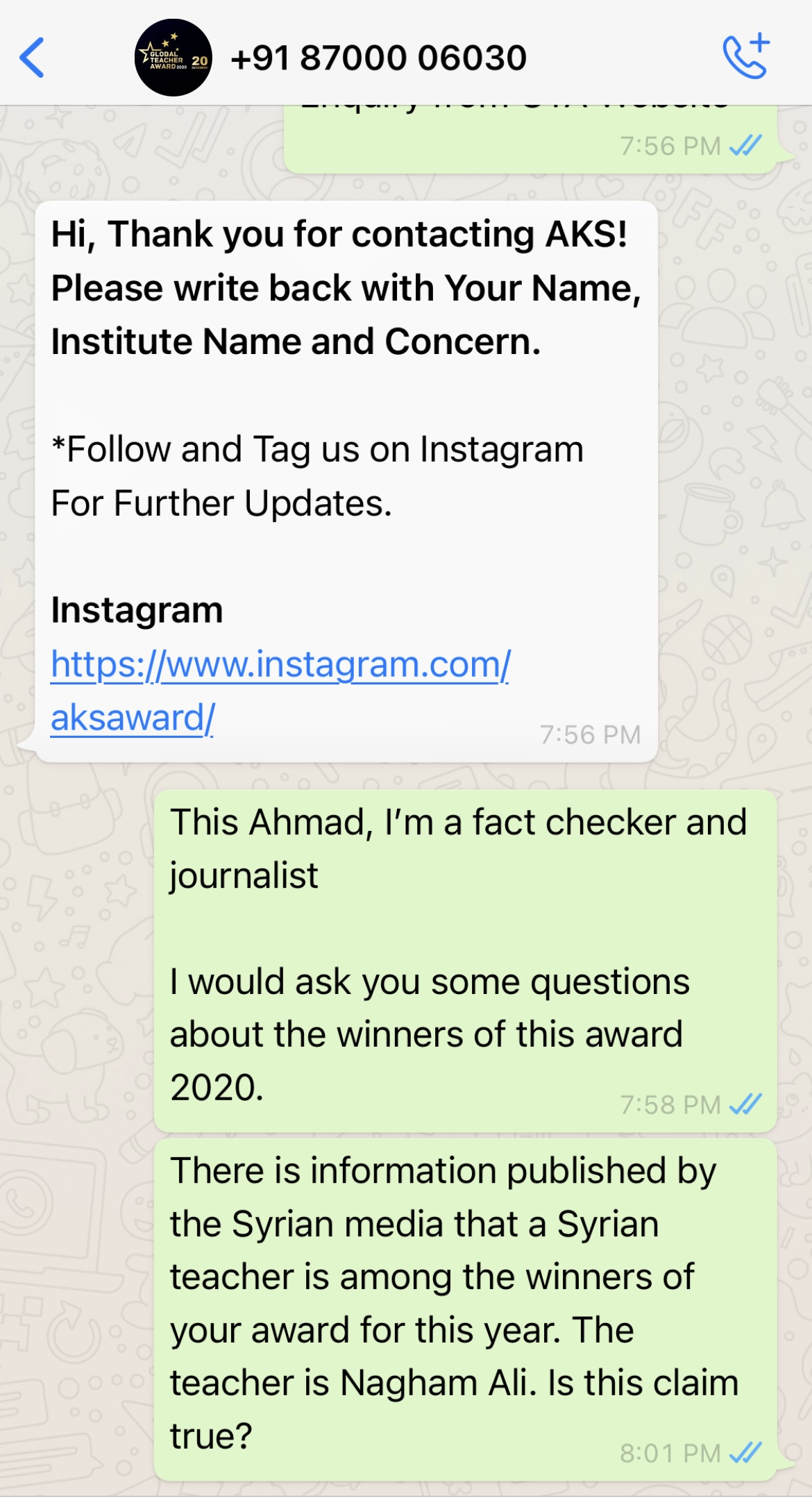 The Indian company is scheduled to officially announce the names of the winners of its award during a ceremony held virtually on December 20.