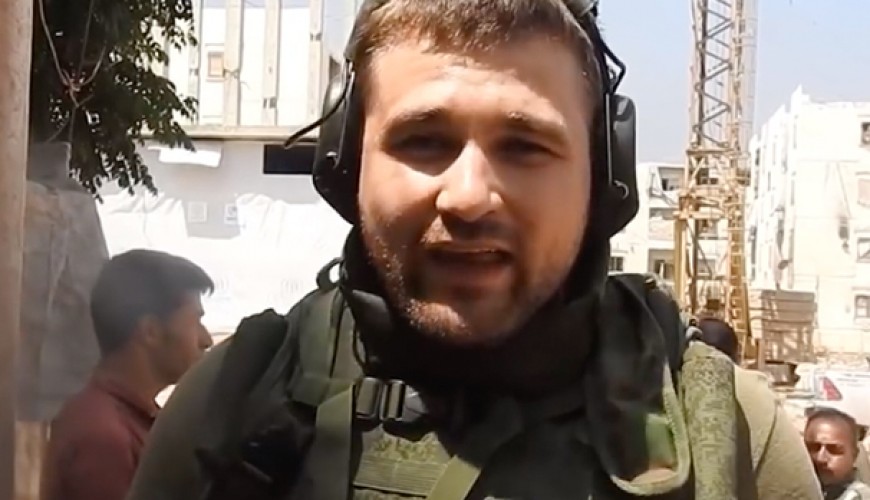 A video report has spread out on social media pages shows an ANNA news’ correspondent with the regime forces in Aleppo.

Someone added a fake subtitle on the video which made the correspondent look to say that the Syrian regime forces withdrew and lost spirit. “Look at what Al-Fateh Army’s terrorists have done. They turned Aleppo into hell. Look at fire and smokes. Terrorists attacked us very fiercely and now Syrian army vehicles are withdrawing. The Syrian army says they have done our best to fend off the assault but the terrorists are very numerous. Here, the Syrian army left its equipment for terrorists before withdrawn,” the fabricated subtitle.

With assistance of Russian speaker activists, Verify-SY found out that the correspondent didn’t mention any regime forces retreat. He said that attackers were 3’000 to 5’000 in number. “Block 1070 is under control of the Syrian army. There are no civilians living here but the Syrian army soldiers did not escape as they say. Look with your eyes how tanks attack the terrorists,” the correspondent said.

Syrian opposition took control over Block 1070 in Hamdanieh neighbourhood in Aleppo after heavy fighting with Assad forces and allied militias.

ANNA News is one of the most important Russian news agencies which cover regime battles in all around Syria. ANNA News has a major role in promoting Assad regime and its army inside Russia.