Local news sites circulated a claim about “the discovery of a new planet similar to Earth named (Kepler-22B)”, and President of the Syrian Astronomical association said, “reaching it is not excluded.” However, the mentioned planet has been discovered since 2011, and the statement of the President of (SAA) was taken out of context.

Local news sites circulated a claim about “the discovery of a new planet similar to Earth named (Kepler-22B)”, and President of the Syrian Astronomical association said, “reaching it is not excluded.” However, the mentioned planet has been discovered since 2011, and the statement of the President of (SAA) was taken out of context. 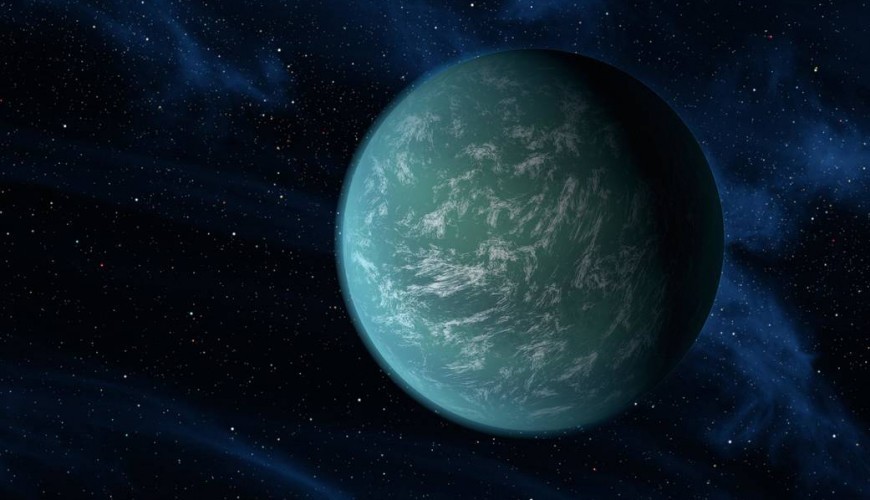 Local news websites circulated a story claiming that recent discovery of an Earth-like planet could be habitable, and the President of (SAA) said that "the possibility of reaching it is not excluded."

The site claimed that “An Earth-like planet was recently discovered by old data of the Kepler space telescope, which could be habitable, and previous studies conducted on Kepler’s data ruled out the existence of the planet, as it was mistaken in identifying it, so that scientists could recently discovered it.

The site added a comment to the President of (SAA) about the alleged new planet, and shortened it in the title with the phrase "that reaching it is not excluded."

The prosecution garnered a notable reaction after local news sites and pages contributed to publishing it with similar titles, other sources you can find in the sources table at the end of the article.

The (Verify-sy) platform team conducted an advanced search using keywords related to the claim that "scientists recently discovered an Earth-like planet that could be habitable", and it turned out to be misleading.

The results showed that the planet, which was named (Kepler-22B) after the Kepler space telescope, which specialized in searching for far planets in our galaxy,. It has been discovered by NASA since 2011, and it is not a recent discovery.

And (NASA) confirmed - in its official website in December 2011 - the presence of the first planet in the “habitable zone”,“ the region where liquid water could exist on a planet's surface, considering its discovery as “a step closer to finding Earth-like planets.”

The Verify-Sy team also reviewed the full text of the statement of the President of the  of (SAA), Muhammed Alassiry, during his interview with (Al-Khabar TV), and it became clear that the statement attributed to him in the aforementioned news headlines was taken out of context.

As it turned out, Alassiry talked about "the possibility of happening in the future due to technological development", contrary to what the headlines suggest of attempts to reach the discovered planet.

Alassiry said during the interview when was asked about the possibility of reaching it: “Kepler is 620 light-years away from Earth, that is terrifying distances that our minds cannot recognize, even if we assume for the sake of argument that we have spacecraft that move at the fastest speed in the universe, which is the speed of light (300,000 km per second), and that we started our journey to it this year, we will need 620 years to reach it, therefore technological development represents the only opportunity for the possibility of getting to know Kepler closely, and this is not excluded.”

Why was this planet nominated to be home to life after Earth?

According to NASA, the habitable zone is the area around the star where the atmosphere is neither too hot nor too cold, and where water is present on the surface of these planets in its liquid state, which distinguishes the Earth from the other planets of the solar system.

So that if the Earth was where Pluto is, the sun would be barely visible, and the Earth’s oceans and a large part of its atmosphere would freeze, and if it was Mercury’s place, it would be very close to the sun, and its water would evaporate immediately and all living creatures on its surface will perish.

The rocky exoplanets located in the habitable zones are potential targets for the possibility of discovered life in them, through the discovery of liquid water on their surface, because water is an essential and necessary element for life.

This illustration compares Earth's solar system to that of the discovered planet, and the green area represents the habitable zone, where water can exist in liquid form.

The star Kepler-22 -the star of the planet Kepler-22b- is slightly smaller than our sun, and Kepler-22b takes 289 days to complete one round around its star, and its size is about 85 percent of the Earth's orbit.

What is the truth behind the claim that the moon will appear green because of an astronomical phenomenon?

RightsCon kicks off with the participation of Verify-Sy


Send us a piece of news you suspect