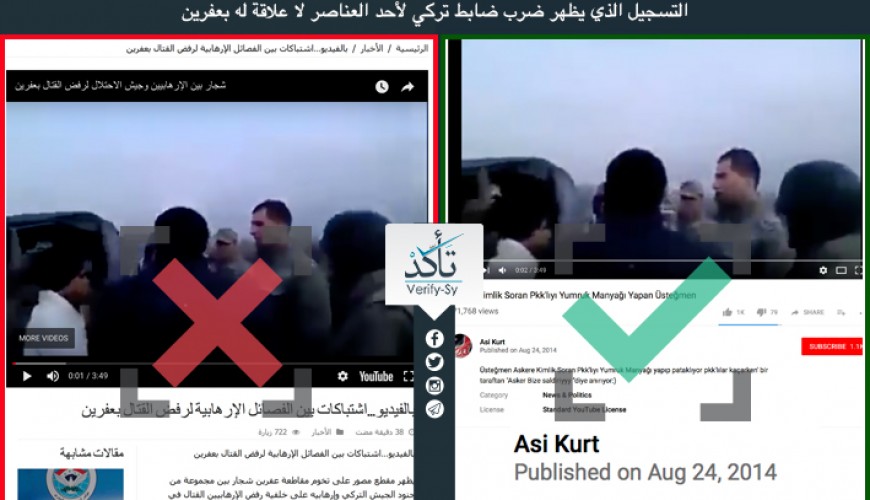 Pro-Democratic Union Party-PYD social media news pages posted today a story titled "In a video footage, quarrels between terrorist factions for rejecting to fight in Afrin", in which it showed a video recording saying it showed a quarrel in a group of Turkish soldiers against the backdrop of their refusal to fight in the enclave of Afrin.

The video publishers pointed out that the Turkish officer was asking the group, which they called "the terrorist", to go to fight in Afrin, and that the soldiers refused to do so, forcing him to beat one of them.

In a reverse search conducted by Verify-Sy platform on the recording, turned out that it was posted on YouTube on August 24 - 2014, entitled in Turkish "The lieutenant who beats up the PKK element".

Verify-Sy was not able to "confirm" where and when the video recording was recorded, but its presence on YouTube for more than three years denies that it has anything to do with the Operation Olive Branch in Afrin.