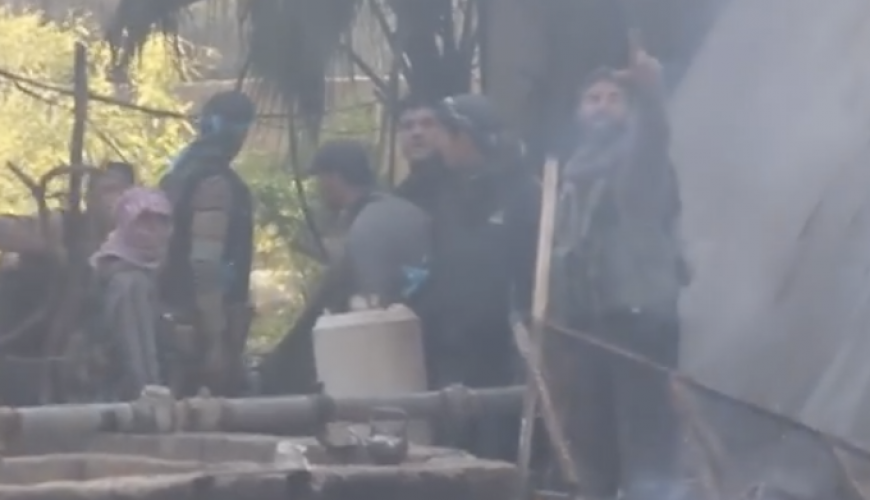 Russia Today channel published a video in its English channel under the title “Syrian Arab Army resumes offensive in Eastern Ghouta despite ceasefire” and show an artillery attack on civilian neighbourhoods in Eastern Ghouta.

The video show clips of armed fighters during fierce clashes and while crossing behind fortification.

Following a reverse-search conducted by Verify-Sy of the clips in the video, it turns out some were published “Ghouta Media Center” channel on YouTube on November 17 2017 about the battle launched by rebels against regime forces in “Vehicles Base” in Harasta in Damascus countryside.