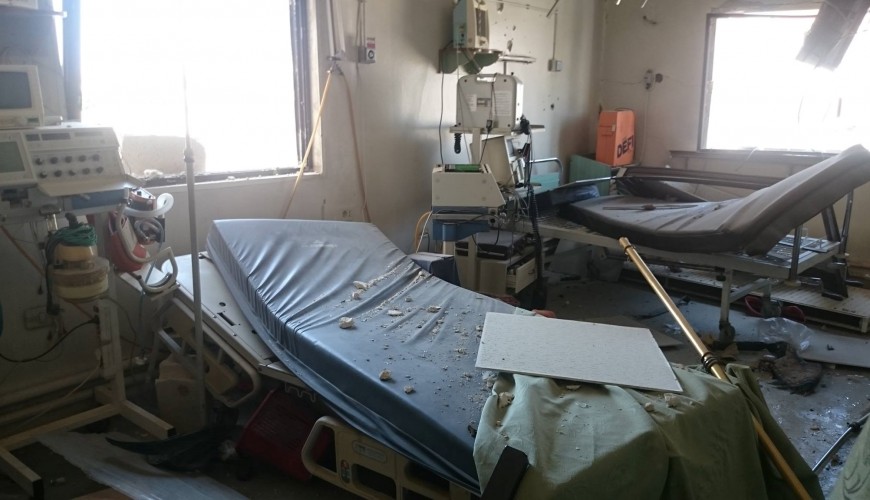 This Photo is Not from Avarin Hospital in Efrin

Social media news pages and personal accounts shared a photo yesterday of what it looks like a damaged hospital room.

Photo’s publishers said it was taken inside Avarin Hospital in Efrin city after Turkish warplanes targeted it with 3 airstrikes which killed 15 people.

Following a reverse-search by Verify-Sy, it turns out that this photo has been published on websites and blogs for more than 2 years for reports talking about Assad regime and Russia bombing medical facilities in opposition-held areas.

Verify-Sy can’t determinate the exact date and location of the photo but being published since 2016 deny it was taken from Efrin city where FSA groups backed by Turkish army are launching an operation since January 2018 to end PYD-affiliated armed groups.