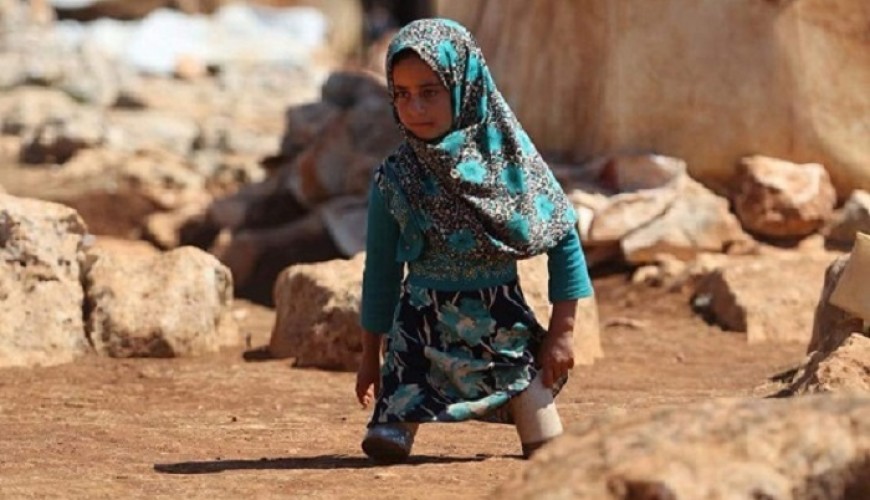 Syrian activists on social media shared photos of a Syrian kid with no legs and using kitchen pots to help her walking.

Photos’ publishers said Maya lost her legs in a shelling targeted her house in Aleppo southern countryside before she fled with her family to a refugee camp in Idlib.

Verify-Sy searched for the truth behind this story and it turns out that 8 years old Maya didn’t lose her legs in shelling but she was born with a congenital malformation and had to undergo an amputation to put prosthesis about a year and half ago according to what her father told Anadolu Agency.

According to Anadolu Agency, Maya’s father (who also lost his legs) fled with his wife and their 6 children from their house in Aleppo southern countryside due to Assad regime shelling and living in Qunaytrat IDP camp in Idlib countryside.