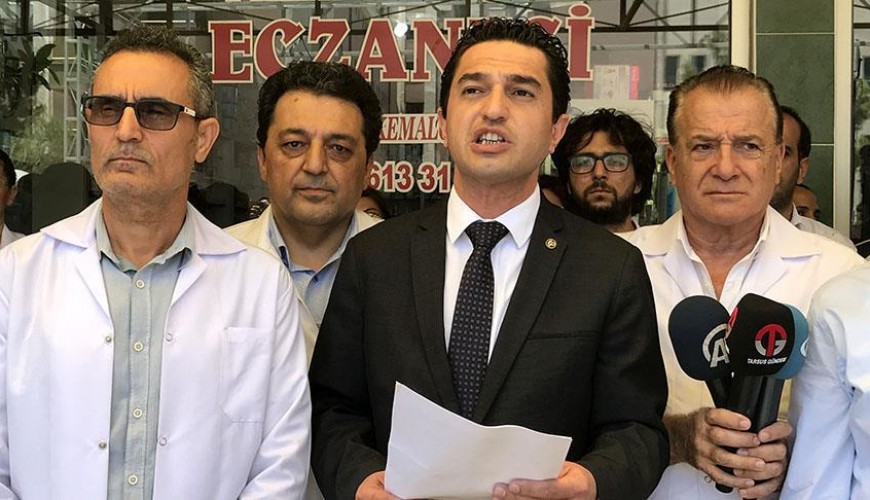 The channel shared a video of an attack against a pharmacy and claimed that the Syrian attacked the pharmacy when they didn’t find the medicine they wanted and they injured 4 pharmacy’s staff who were hospitalized.

Verify-Sy searched for this claim and it turns out no Syrian was involved in this attack unlike what some anti-government politicians claimed.

Anadolu Agency cited the head of Pharmacists Syndicate in Mersin who denied any Syrian involved in this attack.