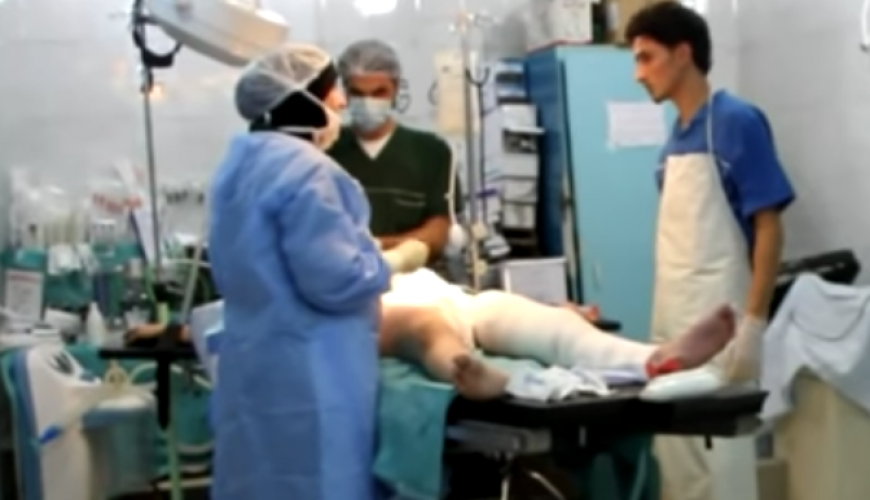 These doctors are Syrians not Saudis

Social media accounts shared a video of doctors trying to save a newborn infant who is in a critical conditions.

The video publishers said the video shows Saudi doctors while trying to help the newborn infant without any extra information.

Verify-Sy searched for the source of the video and it turns out it was taken in Syrian opposition-held Aleppo city and not of Saudi doctors, all the doctors are Syrians and this video was taken by British tv channel “Channel 4” in August 2016.

The documentary which shows this video is “In Aleppo: a new life in a dead city” and you can watch it on this link.