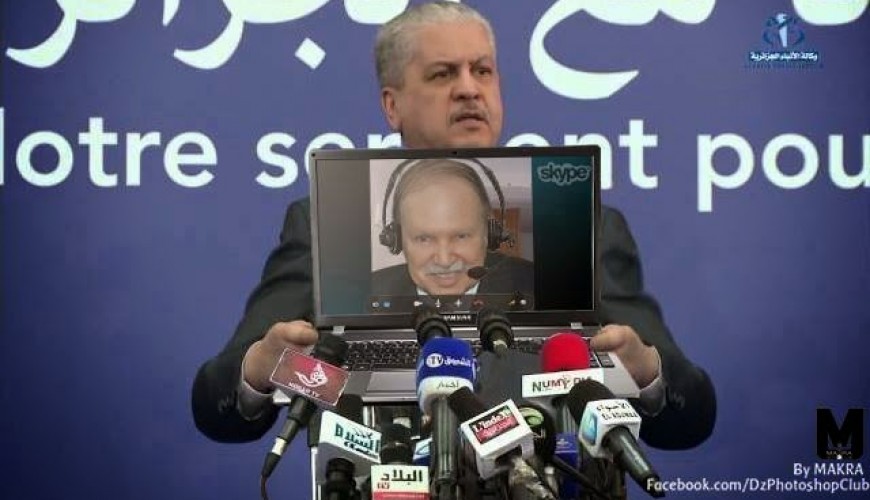 Did Boutaflika talked with his people through Skype?

Social media pages and personal accounts shared a photo of a man holding a laptop in front of microphones with the picture of the Algerian president Boutaflika appears to be talking via Skype.

The pages and accounts shared the photo with sarcastic comments about how Boutaflika can’t deliver speeches in person to the people due to his health conditions so he had to talk to them via Skype during a conference where the manager of his election campaign Abdulmalek al-Sallal held the laptop in 2014.

Following a reverse-search conducted by Verify-Sy, It turns out this photo was photoshoped by adding the laptop with Boutaflika photo and move the microphones down to show the laptop.

The photo was taken from a video of Abdulmalek al-Sallal in 2014, this photo can be seen exactly at 00:47 of the video before it was photshoped by adding the laptop and Boutaflika photo.

Algerian protesters and activists shared sarcastic photos of the Algerian president and his intent to run for election before he announced he will not run for the presidential elections yesterday.