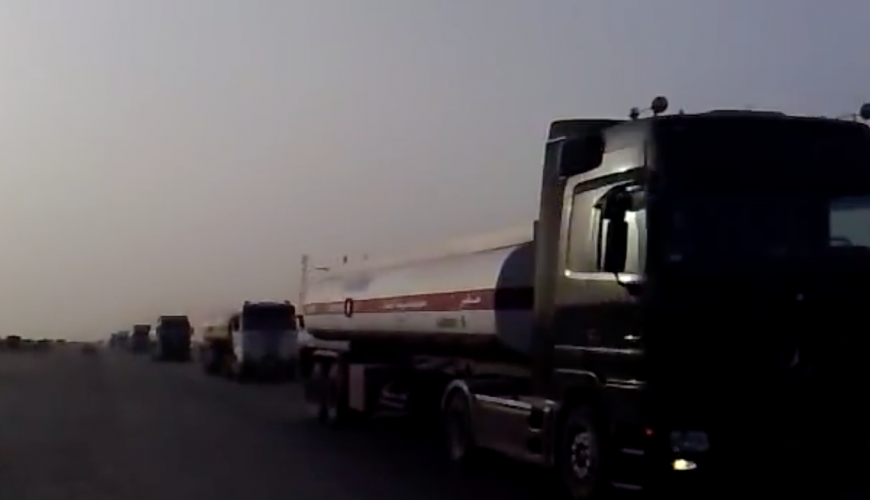 The websites trending the footage said that, the video shows the oil tanks going from Iraq to Syria accompanied by Iraqi army. 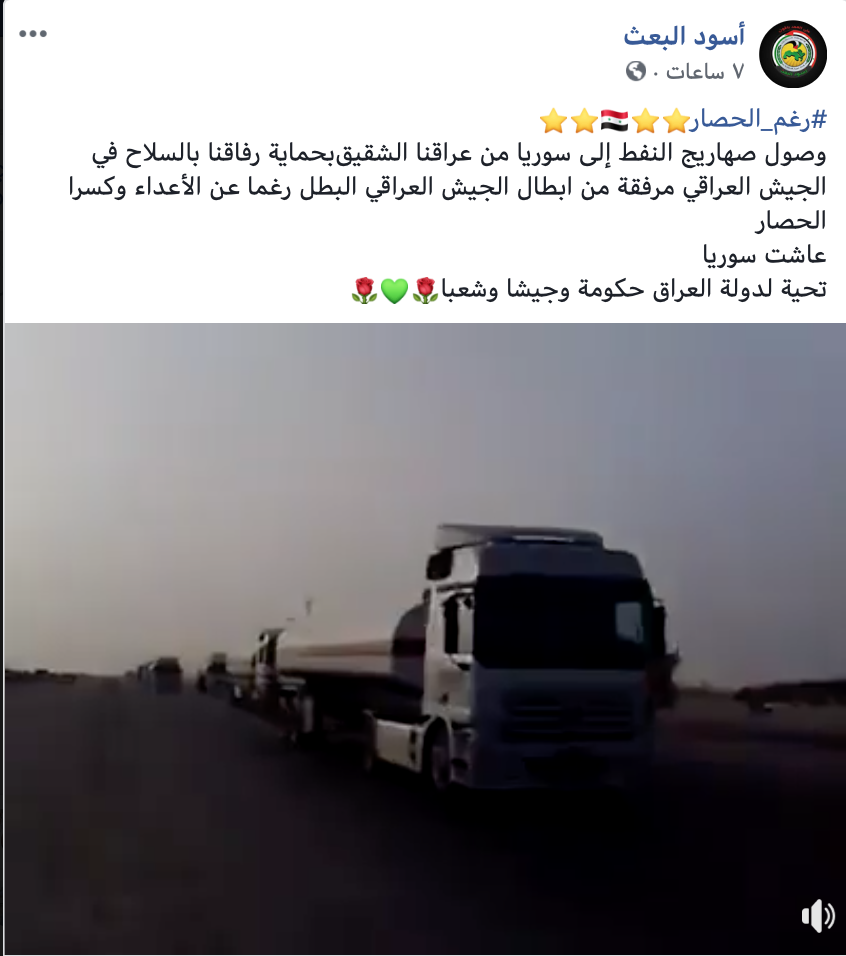 Following a reverse-search conducted by Verify-Sy, it turns out that the video is old and was posted on YouTube on 2012 under the title “Adwa al-Baraq oil tanks in Iraq”.

The head of Assad regime petroleum company, Mostafa Haswyie, stated yesterday to pro-regime media, that there is no official statement confirming the rumors that the regime will import petrol from Iran through Iraq by land.

Although lately, Assad regime-held areas have been witnessing oil shortage caused, according to regime Prime Minister Imad Khamis, by the sanctions imposed on Syria. And he accused Egypt of blocking Iranian oil ships heading to Syria, from passing through Suez Canal, which what the Egyptian government has Categorically denied.