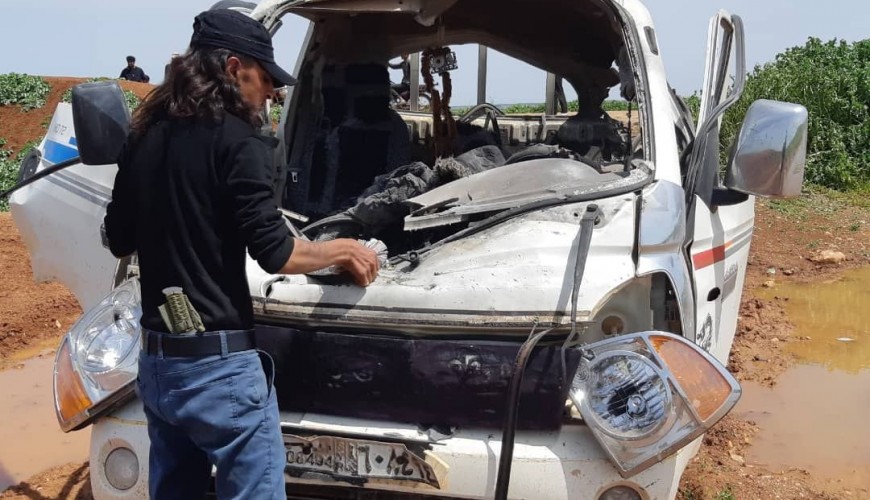 What is the reality behind "targeting a military vehicle in Marea"?

These reports said the bombardment left some members of these factions killed and others injured in addition to destroying the vehicle they were driving.

Verify-Sy checked the reports; according to field sources, it turned out that the targeting has actually happened, the attack was carried out from a joint Assad regime and People's Protection Units (YPG) held area; the missile targeted a mid-size truck owned by Mr. Zakarya M.A., a Syrian civilian who lives in Shamarekh refugee camp. The attack took place while Mr. Zakarya was coming back from transporting laborers who work at farmlands near Mare’ city.

Civil Defense Center sources in Mare’ denied any fatalities, they also told us the causalities are limited to one injured person.

Clashes between FSA factions and Assad-YPG forces frequently erupt along the frontlines in northern Aleppo.