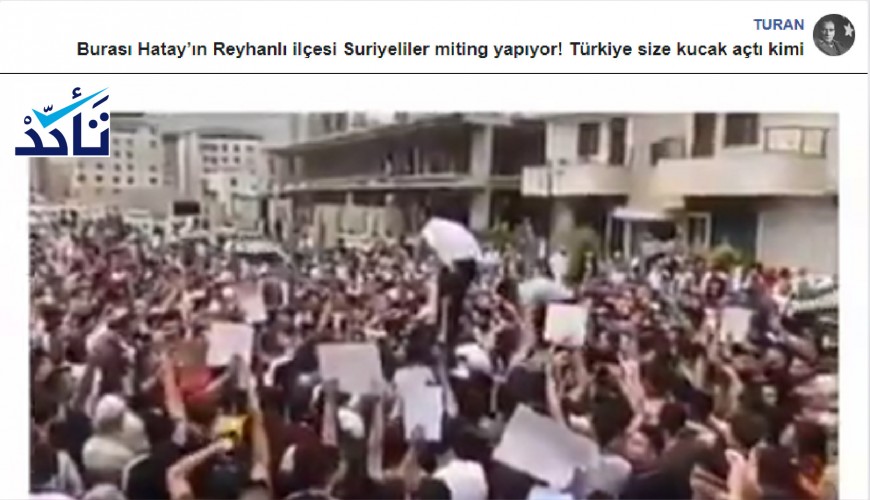 Turkish-language social media accounts posted a video of a gathering of persons, saying that it shows Syrians protesting in Turkey’s Hatay Province.

“This is Hatay’s Reyhanli (district). Syrians are protesting. Turkey has embraced you, so you are protesting against who exactly?" Some accounts titled the video.

Verify platform inspected the video by comparing it to similar videos of the crowd and reached the conclusion that it shows the funeral ceremony of Abd al-Basit Sarout, who is also known as the Guardian of the Syrian Revolution, in Reyhanli district southern Turkey.

Besides, Turkish media outlets posted the video of Sarout’s funeral ceremony in the Turkish district of Reyhanli in June.

Abd al-Basit Sarout departed on 8 June 2019 in a hospital in Turkey. He passed away as a result of his injuries he got while fighting against Assad regime in Hama’s northern countryside.