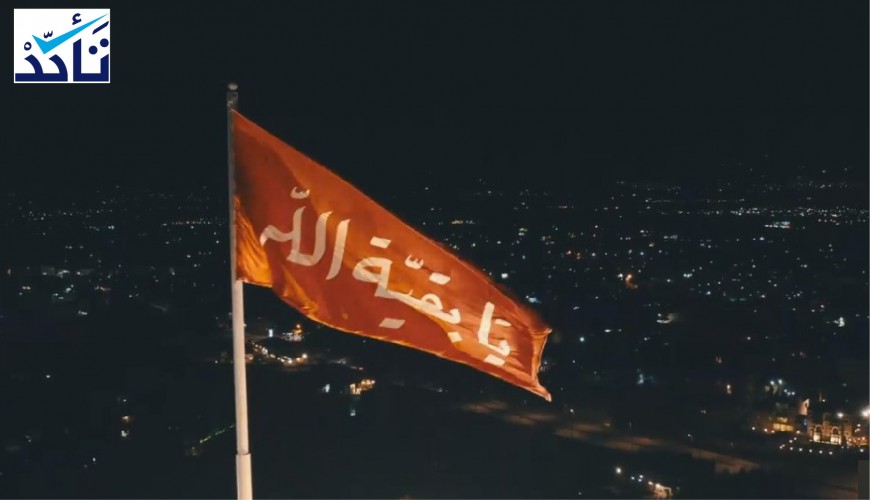 Was Shiite Banner “O what remains [lawful] from Allah” Raised in Damascus?

News channels, social media news pages and users have posted Friday April 10 footage of men dressed in military uniform performing a salute on a hill on which a red banner reading “O what remains [lawful] from Allah” was raised.

Orient TV, a Syrian anti-Assad TV channel, posted the footage on its Facebook page with a text that reads, “The ‘secular’ Ba'ath Party calling out ‘Saheb al-Zaman’ from Mount Qasioun.. An insult to Damascus!” Click here to visit an archived link to the post. 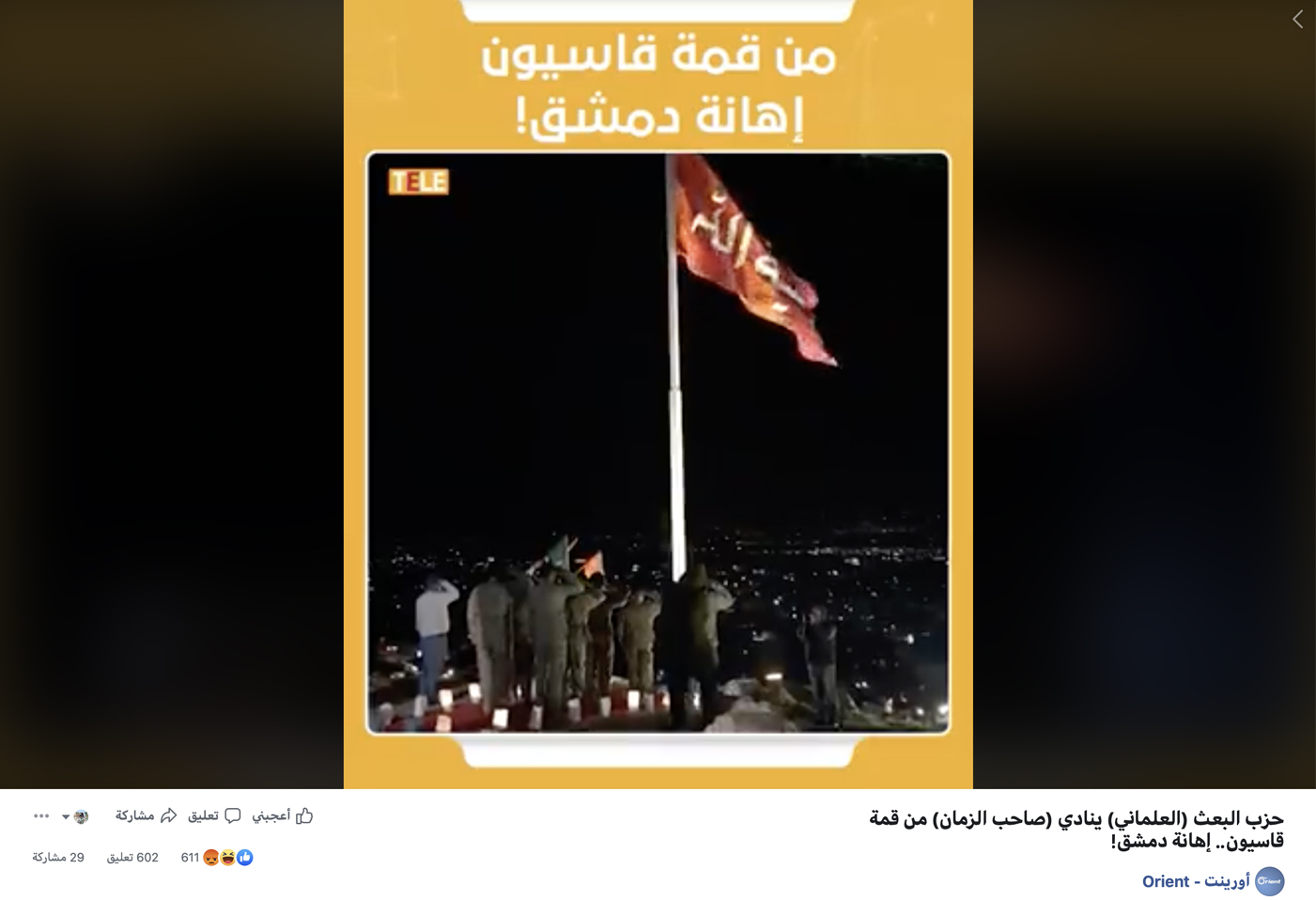 In Shia Islam, Saheb al-Zaman, or Imam al-Zaman, is believed to be the Mahdi, an eschatological redeemer of Islam who will emerge at the end of time. Shia Muslims believe al-Mahdi was born on Sha'ban 15 in the Islamic calendar, also referred to as the Hijri calendar.

Also, Syrian journalist Ahmad Mwaffak Zaydan has tweeted the video with a text that reads, “The Iranian Revolutionary Guard (Corps) raise the banner of their absent imam by claiming on the top of Mount Qassioun.. the headquarters of the criminal Republican Guard ... O God, may you solve the problems of the Leavent.” 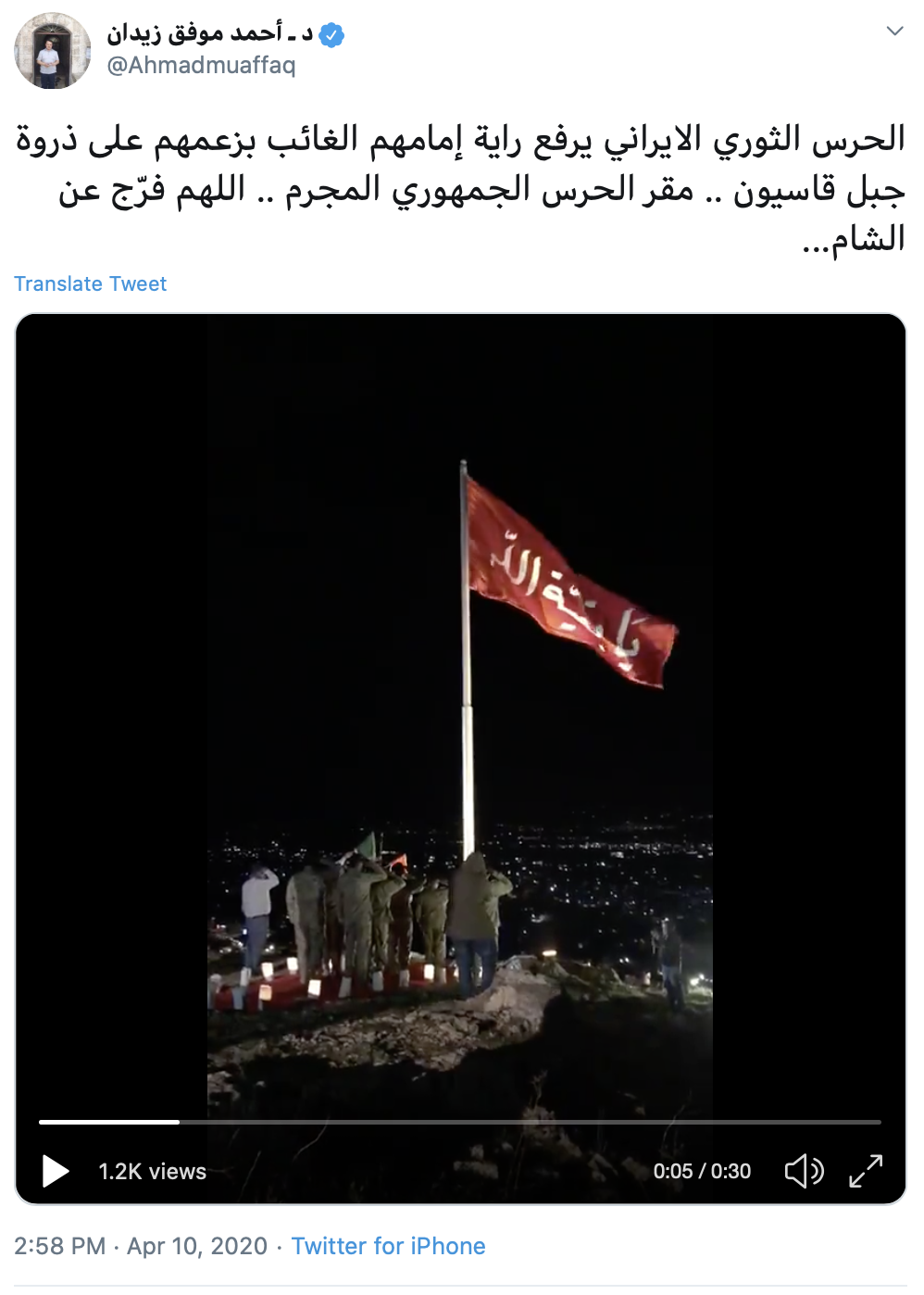 An InVid reverse search conducted by Verify-Sy Platform, after splitting the footage into frames and using the suitable keywords, found that the video had been taken in the village of Ayn Bourdai, Baalbek, Lebanon.

According to a Facebook page named “Ayfyaa Baalbek al-Hermel,” raising the banner on the Tal al-Mahna hill took place on April 8 as part of a campaign to celebrate Mid-Sha'ban.

@Naseemmedia on Facebook said the ceremony took place in the Lebanese city of Baalbek.