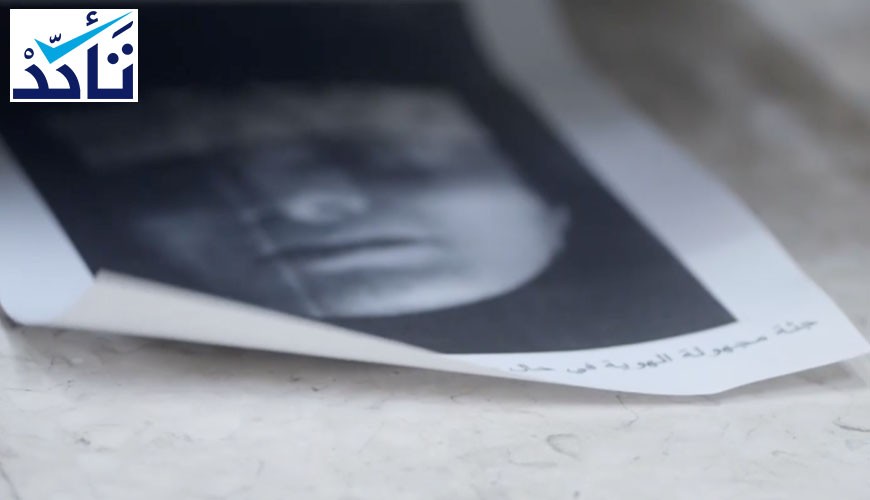 A Syrian TV series airing on Syrian and Arabic TV channels showed a picture of a deceased young woman with a number on her forehead. The TV series, “Interview with Nr. Adam,” presented the deceased woman as an Egyptian who lived in Syria where she was murdered and was subjected to organ theft.

Activists on social media have shared the photo from the series and expressed their anger over misusing a photo of a real victim, Rehab al-Allawi, who had been murdered under torture in Assad’s human slaughterhouses by providing false information about the victim and the way she was murdered as well as deceiving the audience about the real identity of the perpetrators. 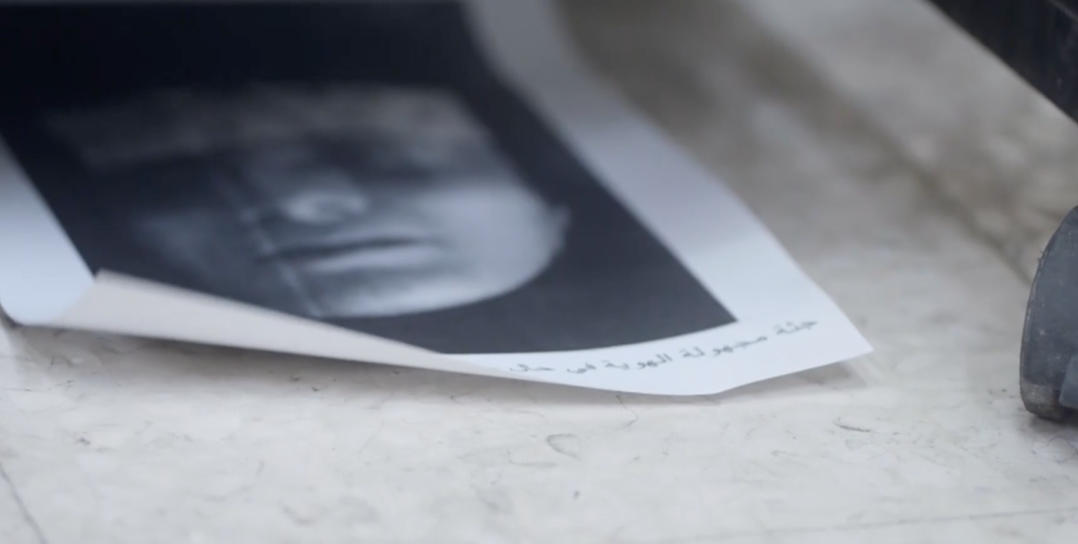 Verify-Sy Platform reviewed the TV drama series, directed by Fadi Saleem and produced by Phoenix Group, and found that the photo of the deceased young woman, Rehab al-Allawi, can be seen in the fourth episode at 12:00.

Rehab al-Allawi was a resident of Damascus, originally from Deir al-Zour, who was murdered by the Mukhabarat, Assad’s intelligence services.

The young woman was an engineering student at Damascus University before the beginning of the Syria Revolution.

Rehab was about 25 years old when the Raids Brigade, a special raids unit of the military police of the Assad forces, arrested her on January 17, 2013, Human Rights Watch reported.

In March 2015, after the Caesar photo/graphs were published online, her family recognized her and former detainees confirmed her identity, as her appearance had changed greatly during her detention, Human Rights Watch’s report stated.

The photo/graphs show as many as 11,000 victims’ bodies — many of them tagged as they lie in makeshift morgues — and were turned over to United Nations and FBI investigators after a Syrian defector, code-named Caesar, fled Syria in 2013, the Washington Post reported.

By December 2014, the Syrian Network for Human Rights drew up a list of 110,000 names from the photo/graphs.

On 21 September 2017, the group around Caesar took for the first legal action by filing together with the European Center for Constitutional and Human Rights (ECCHR) a criminal complaint with the German Federal Prosecutor in Karlsruhe against Jamil Hassan and other senior officials from (Assad’s) intelligence services and the military police concerning crimes against humanity and war crimes, the ECCHR reported.