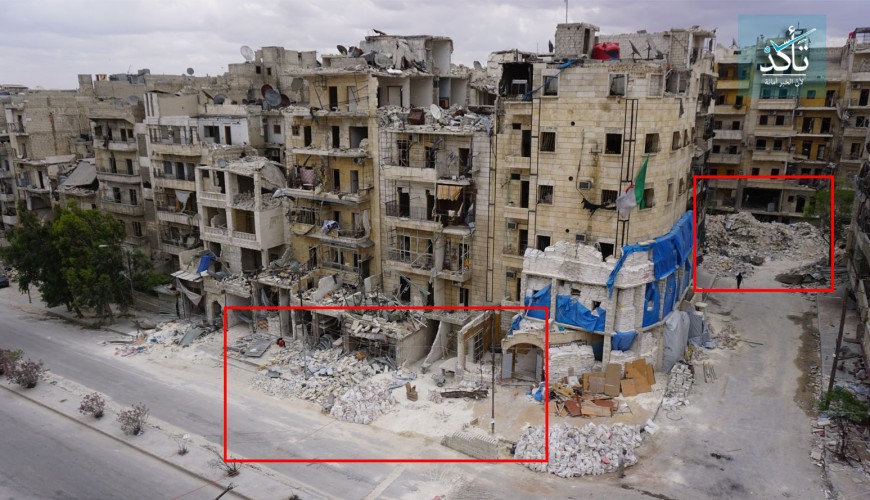 The Russian RT news website has reported that the Russian Ministry of Defence has denied the allegations about targeting Al-Quds Hospital in Sukkari neighborhood in Aleppo city.

The photo/graphs released by the Russian confirm the attack

Verify-sy team reviewed the two photo/graphs with the staff of the demolished hospital. Director of the Hospital, Dr. Hamza al-Khatib, confirmed that one of the photos had been taken before the assault and the other after. He mentioned that rubble resulted from targeting the emergency ward was very clear and the destruction that was caused by dropping off a barrel bomb was recognized in the right upper corner of the building which the first photo/graph did not show.

the building which the first photo/graph did not show. 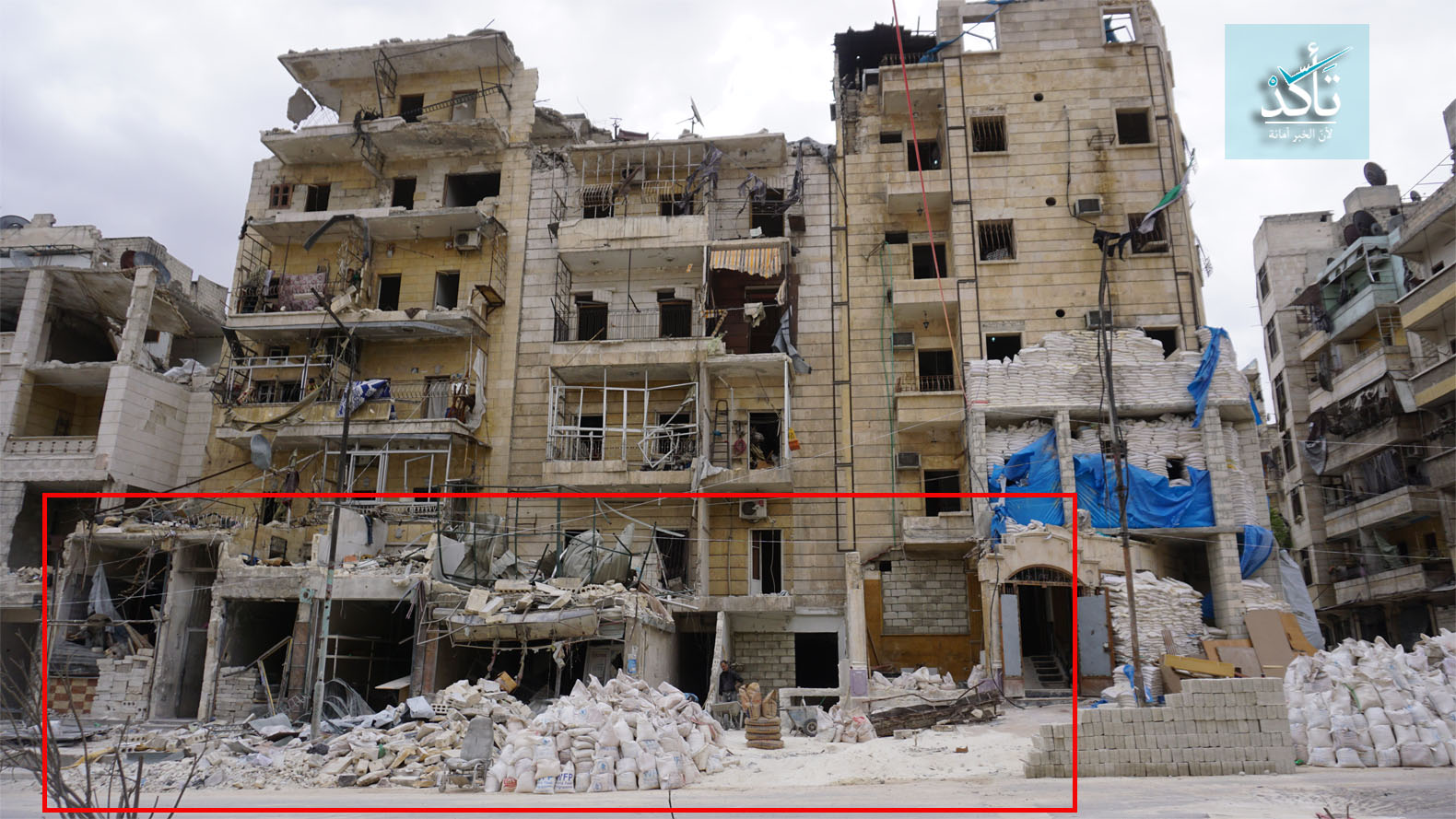 Not blaming the responsible on some other party is another evidence-

Al-Khatib considered that failing to blame the responsibility - for the alleged attack before April 29 - on a third party proofs that the responsibility falls in its ally Assad regime, and that they had no deterrent not to target the hospital again as in the last attack. Al-Khatib highlighted that the hospital had been targeted several times before the last assault which killed at least 50 people.