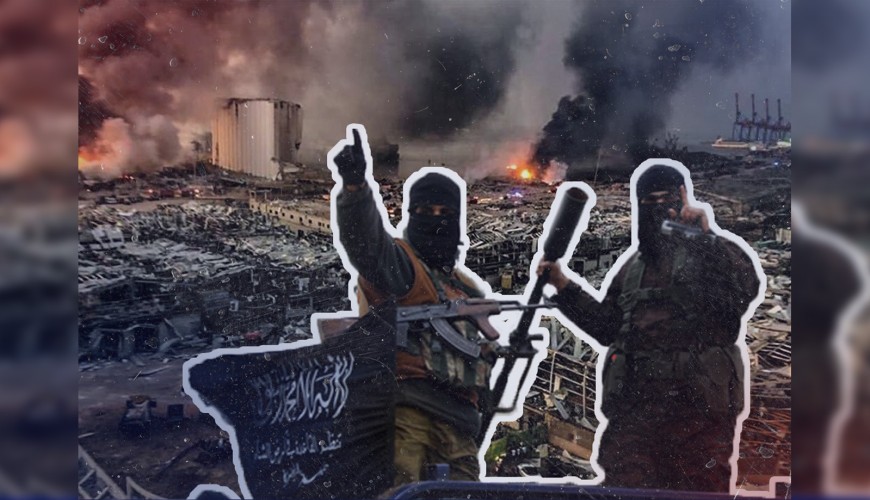 If your time is short

News pages and personal accounts on social media recently circulated a link to a report published on a Syrian news website about 7 years ago about titled “a ship carrying thousands of tons of ammonium nitrate for Syrian militants secretly arrived at the port of Beirut.” However, the mentioned report was published on August 9 and the website changed the date of the report to ensure that the report was spread as facts that were revealed long time ago.

The claim and its source

The Beirut Port explosion, which occurred on August 4, was followed by the spread of a huge amount of misleading information, false news and conspiracy theories about its causes. Most of which were based on digitally modified records and photos, which the Verify-Sy platform team worked to refute and fact-check. However, in the past few days, a new type of misinformation about the blast, which caused great damage in the capital, Beirut, killing tens and wounding thousands has spread widely on social media.

The claim was published on the al-Haqiqa news site entitled “Syrian-Lebanese sources to al-Haqiqa: a ship carrying thousands of tons of ammonium nitrate for Syrian militants that arrived secretly at the port of Beirut.” The website shows that the mentioned report was posted on December 25, 2013.

The report talks about classified and private information obtained by the website and exaggerated in trying to prove its authenticity and consistency even though all sources are unknown. The report was based on the main idea that a ship loaded with thousands of tons of highly concentrated ammonium nitrate arrived at Beirut port, a month before the article was allegedly published, for armed opposition groups in Homs and Qalamoun in Syria to be used in the manufacture of explosives and IEDs.

The report indicates that “the Syrian Military Intelligence received information from the Lebanese Army Intelligence that a ship with the name (Roussos) was transferred in November 2013 to the port of Beirut under the pretext that it is facing technical problems that prevent it from completing its journey, and that the papers it carries indicates it carries around three thousand tons of highly concentrated ammonium nitrate originating from Georgia. The report claimed, according to its sources, that the ship had tried to dock and unload its cargo before that in the port of Tripoli in northern Lebanon in coordination with the former Director of Internal Security, Major General Ashraf Rifi but it failed for unknown reasons so it was transferred to the port of Beirut.

The alleged report also accused several Lebanese officials of being involved in the shipment, including the former Prime Minister Saad al-Hariri, the former Minister of Justice Major General Ashraf Rifi, the Director General of State Security and Internal Security Forces Imad Othman, and other political and security figures. These details in the report were only mentioned recently.

In addition to that, this alleged article was widely shared by websites, news pages, and personal accounts loyal to the Assad regime, the Lebanese Hezbollah, and certain political parties in Lebanon.

To fact-check the date of the alleged article, Verify-Sy team used several open-source tools and reached the following results:

1-    Google's advanced search technology: During an advanced search conducted by Verify-Sy team through Google search engine, using the appropriate keywords and \ or the link to the report, no results appeared that match the title or link of the report. 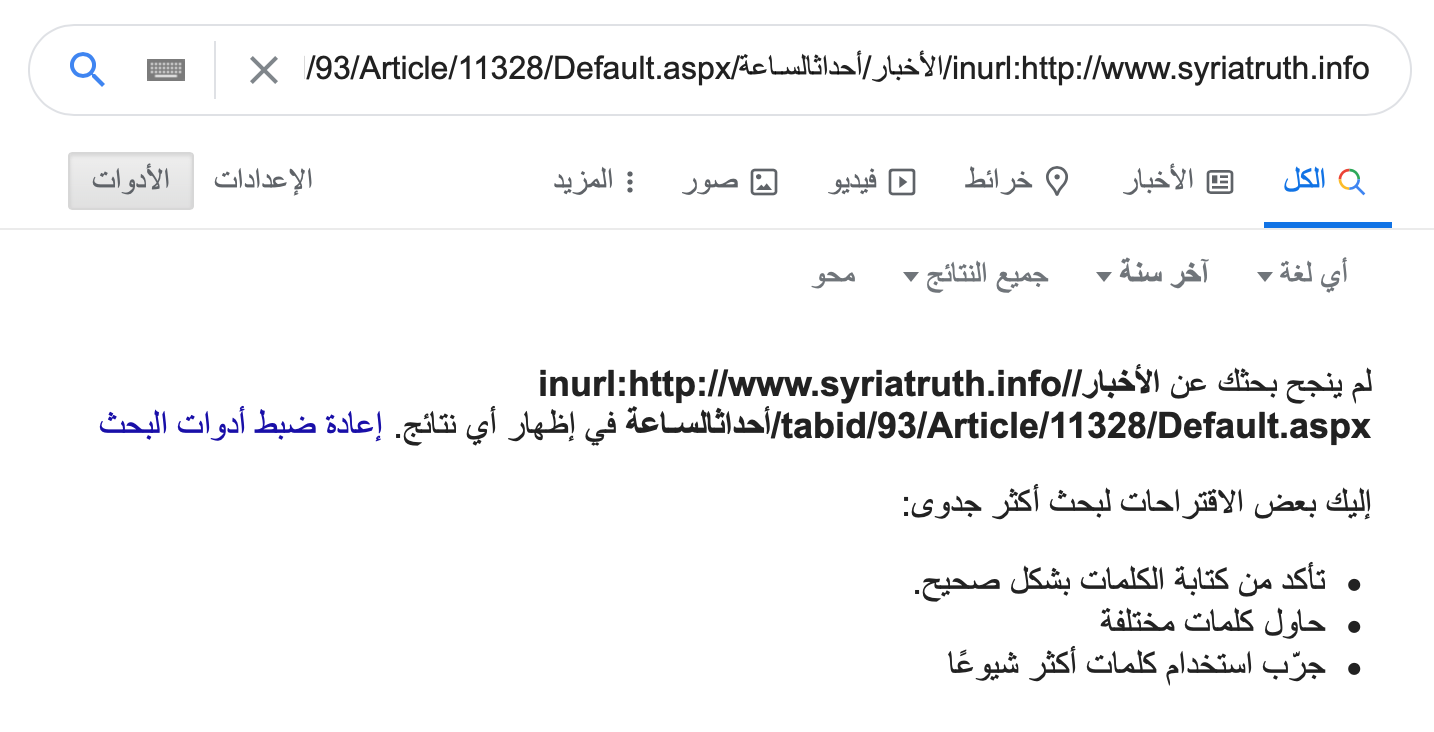 2-    Cached copy on Google: Returning to the archive of the search engine (Google), which takes archives each web page as a backup copy, it was found that the oldest version of the report was registered on August 10 of this year.

3-    Wayback Machine: Using this tool that provides a digital, renewable archive of content on the Internet, it was found that the Al-Haqiqa website was archived with its full content 155 times during the period between October 17, 2009, and August 9, 2020. However, the archive of Wayback Machine did not include a link or title for the alleged report throughout 2013. According to the search results, the first version of the mentioned report was archived on August 9, 2020. 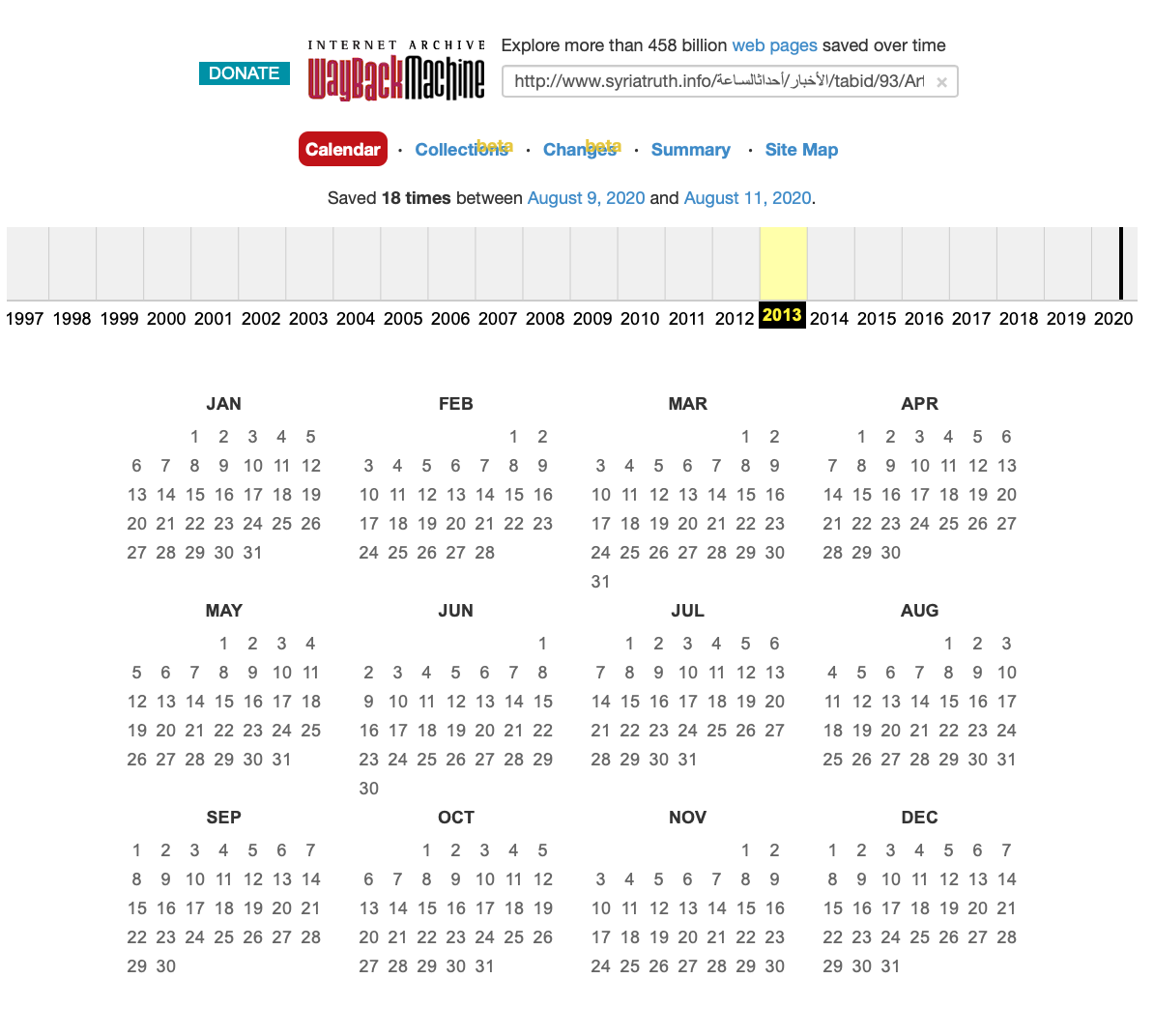 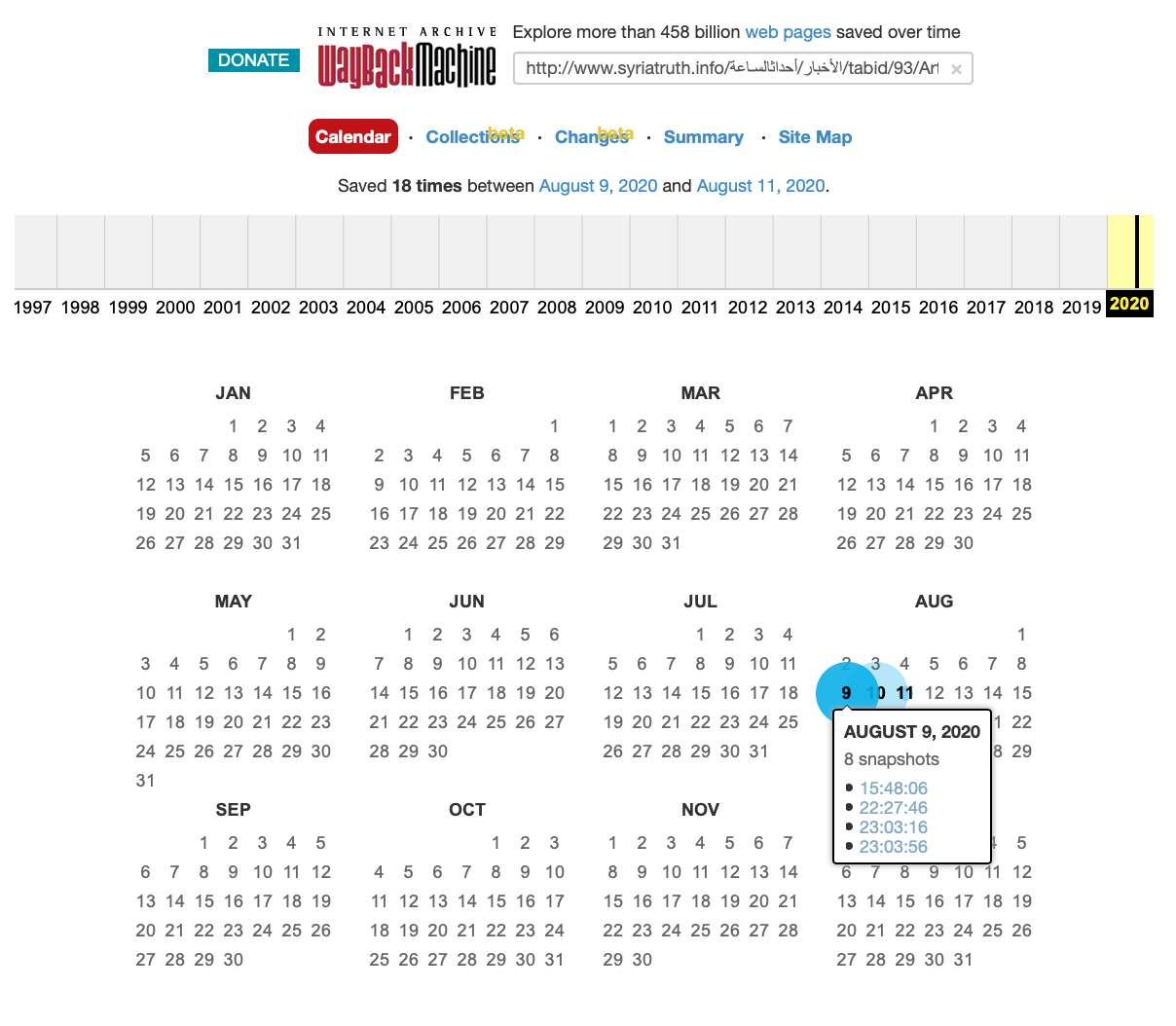 4-    Finitimus Tool: Using this tool that allows users to find the date of publication of articles and content, it was found that the report was published on August 9, 2020.

1- Al-Haqiqa website appears on its main page a statement stating that it has ceased issuing (publishing) as of 1/1/2014 for reasons described “as private and beyond its control”, but the alleged report was published on August 9, 2020.

2- All results are based on open source tools used to determine the date on which content was published on the Internet, which confirmed that the report (link and address) had no presence on the Internet before August 9, 2020.

3- No reputable Lebanese, Arab or foreign media or human rights body has relied on this report, whether before the Beirut bombing (during the alleged seven years), not even after the explosion, nor after the report was recently re-published.

4- The report did not appear until after similar news emerged from platforms close to the Lebanese Free Patriotic Movement and the Lebanese Hezbollah, and such news remained unreliable and was not confirmed by any reputable Lebanese official.

5- The evidence that the ammonium nitrate shipment was supposed to be delivered to the "Syrian militants" and its source of funding from "Gulf states" is also refuted by indicating that, at that date of the alleged report, the armed opposition were in control of a large parts of ​​Syria including important border crossings, especially with Turkey, and it would be safer and easier to transport the alleged shipment through Turkey.

6- Verify-Sy platform analyzed a carefully selected sample of the materials published on (Al Haqiqa) website and found that the website ,owned by the Syrian citizen Nizar Nayouf, relies heavily on a process of merging and fusing accurate facts and information with analysis and agenda consistent with specific political positions of Nayouf to show them as investigations based on multiple sources which are always private and anonymous. And despite that these investigations seem to be important and seriousness, they have never been adopted or used by any trustworthy institutions or bodies.