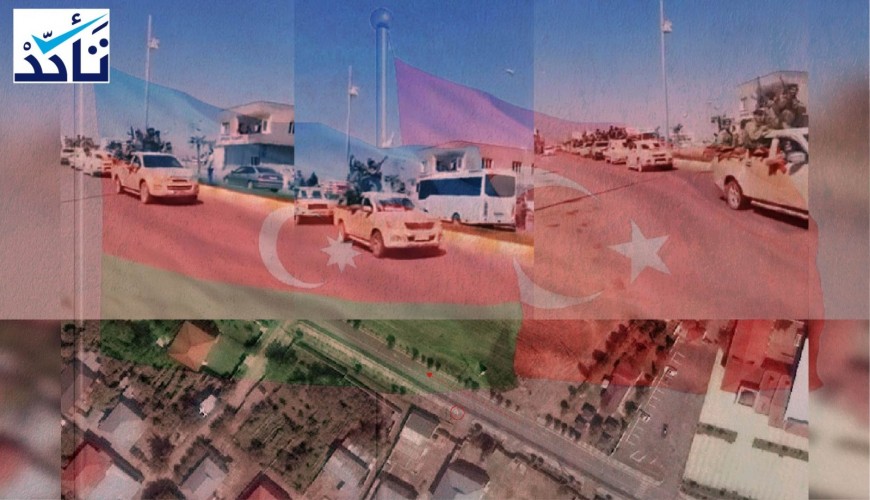 These fighters are in Azerbaijan, not in Turkey

With the escalation of tension between Armenia and Azerbaijan, news and reports have recently spread indicating that Syrian fighters loyal to Turkey are heading to Azerbaijan, with Turkish support to fight against the Armenian forces, but some of these materials have been questioned by a media platform aligned with the (Turkish - Qatari) axis.

Among those materials, a video recording shows pickup trucks carrying armed men chanting slogans (Our Leader Forever, Our Master Prophet Muhammad, in the Name of God .. God is Great), amidst voices of encouragement and greetings that appeared in the back of the video. Activists confirmed that this recording was filmed in the Horadiz region in south Azerbaijan, which is an area close to the (Nagorno Karabakh) region, which is disputed between Armenia and Azerbaijan.

Verify-Sy did not notice widespread skepticism about the authenticity of video or the information. However, Misbar news website published a report in which it denied that the video was filmed in Azerbaijan, claiming that “the video is old and previously published but from another angle of filming.” Claim Misbar:

"Misbar checked the video clip, to find that it was used in a misleading context, as it is an old clip that spread last year when a huge military convoy of the Free Syrian Army crossing a Turkish town heading to the battlefield of the Peace Spring operation in north east Syria."

"The clip was taken from a different angle of the street, but the chants of armed groups mounting the same cars in the two clips, and with the same tone of voice as well, and the first video circulating in a misleading way in which phrases are heard by passers-by to encourage them are in Turkish and not in the Azerbaijani language," Misbar claimed.

Misbar attached in its report links to several accounts that have published the video, including the (Saudi Radaa) account and (@YouseTamer) account.

Verify-Sy platform reached out to Twitter accounts specialized in geolocation, they were able to geolocate the location of the video filming in Azerbaijan, which is the Horadiz region, close to the Azerbaijani border with Iran, and nearby Also from Nagorno-Karabakh disputed region between Armenia and Azerbaijan.

By comparing some of the features of the place surrounding the cameraman shown in the video, and the features of the specified location in the map, which is the supposed location of the cameraman standing, it becomes clear that many of the landmarks coincide, including the white stone visible in front of the photo/grapher, the water tank, and the small dome at the top of the Horadiz Olympic Center in addition to the direction signs on the road, and as a result of this match it can be confirmed that the recording was filmed in that particular area.

Verify-Sy was not able to verify the date of the registration, but the information we obtained from a military source indicates that the first batch of Syrian fighters loyal to Turkey headed to Azerbaijan at least a month ago.

In addition, Verify-Sy correspondent in northern Syria confirmed that fighters from (Sultan Murad Division) and (Samarkand Brigade), headed to Azerbaijan to fight alongside government forces against Armenian forces, and our correspondent indicated that the fighters joined the fight in two patches, while they didn’t disclose their numbers and wages.

Regarding the old video recording, which (Misbar) claimed that it “appears to depict the same scenes that appeared in the first recording from a different angle,” it became clear that the recording was filmed in Ceylanpinar town on the Turkish border with Syria, during the Operation Peace Spring launched by Turkey. In cooperation with Syrian factions against the US-backed Syrian Democratic Forces SDF. 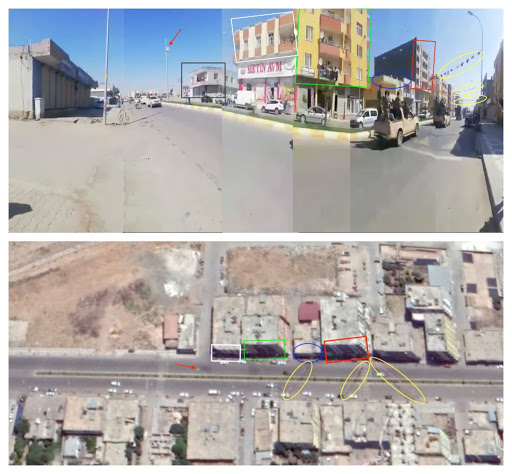 -  The video, which Misbar fact-checking website claimed was old and filmed in Turkey, is in fact new and was filmed in Azerbaijan

-  The woman who prays for the fighters in the video speaks the Azerbaijani language, which is close to the Turkish but it’s not a spoken language in Turkey.

-   There is absolutely no connection between the new video and the old one.