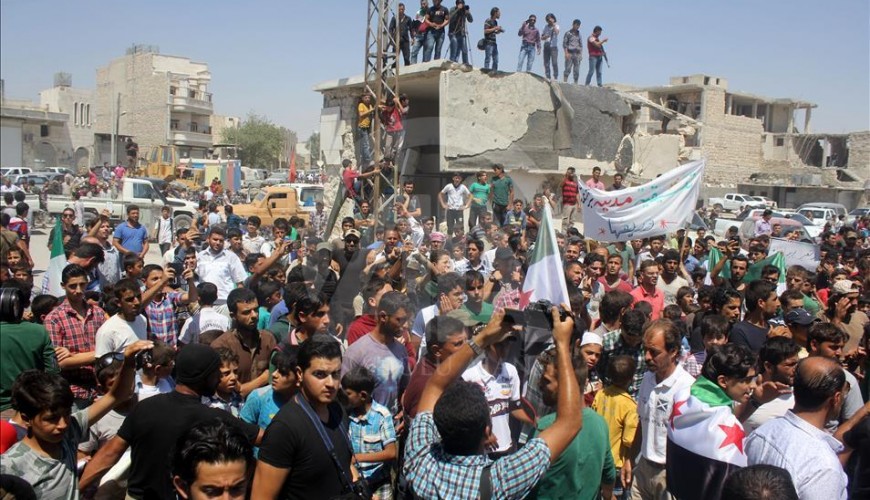 This protest in Azaz not in Efrin

These pages claimed this protest was in Efrin city north Aleppo demanding “the Turkish army to enter and save the city from PYD terror organization” according to what the pages said.

Verify-Sy searched for the source of the photos and it turns out it was taken on last Friday in Azaz city north Aleppo, during the search turns out it source is Turkish news agency Anadul Agency who said in photos’ description it is a protest in Azaz city demanding YPG forces to withdraw from “occupied Arab Lands” according to the agency.